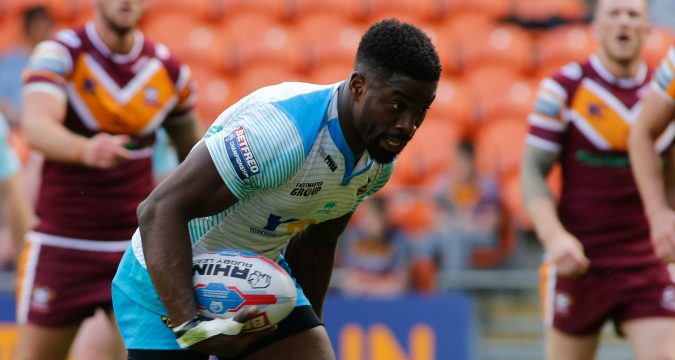 Oldham have completed the impressive signing of forward Dan Igbinedion.

The 24-year-old has spent the past three seasons at Dewsbury, where he has made over 50 appearances.

But he will join Matt Diskin’s squad for 2020 as the new Roughyeds coach looks to build a squad to compete in the Championship.

“He’s a good addition to the squad,” said Diskin.

“He’s a big, strong lad, very athletic and a player who can give us additional power and go-forward. He’s also got a good off-load.

“He’s got lots of Championship experience and I see him as a middle-channel man, who will complement the talents of our other forwards.”

Igbinedion added: “I’ll be 25 next month and I’ve got a fair bit of Championship experience so I’m looking forward to a fresh start at Oldham.”