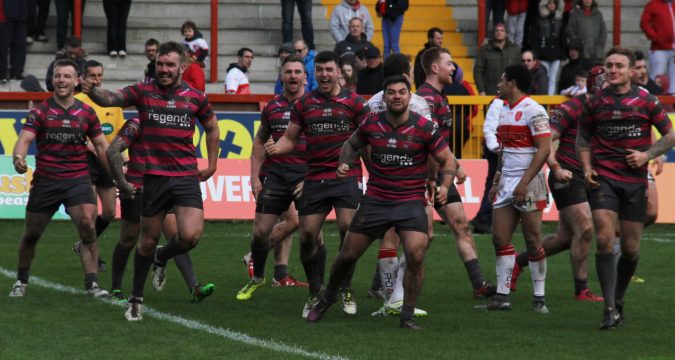 League 1 side Oldham have confirmed that the RFL has granted the club dispensation to use their Vestacare Stadium home for games in 2018 – despite it not meeting the required criteria.

The club said in a statement on Wednesday that they acknowledged the fact the ground does not meet the minimum requirement of 500 seats to host League 1 games, and admits it is grateful to the RFL for the dispensation.

In reaching its decision, the RFL took into account the recent investment in the stadium and its subsequent refurbishing.

The news comes as Oldham prepare to host their first home game of the season on Sunday, when they face Hemel Stags.

Roughyeds have responded well from relegation from the Championship at the end of last season. Coach Scott Naylor has agreed a new two-year deal, while the club won at Whitehaven on the opening weekend of the new season.