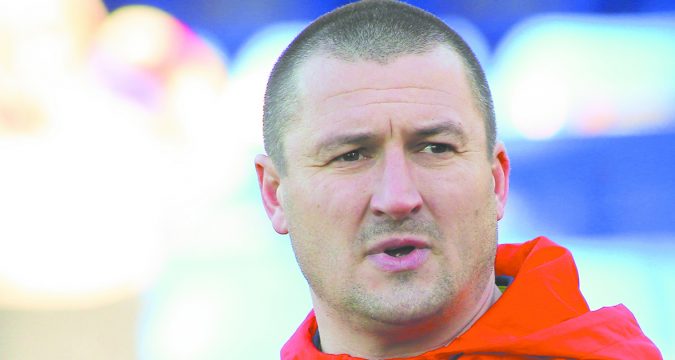 Wakefield coach Chris Chester admits he was surprised to see Daryl Powell decide against a role in the England setup for now – but insists he has not been approached about a similar position.

Powell rejected the opportunity to become assistant to Wayne Bennett, but insists he would be interested in taking a role in the national side staff in the coming years.

Chester admitted he would also find it very difficult to turn down a role, but as who Bennett’s assistant will be remains unclear, the Wakefield coach told League Express he has held no talks.

“I’ve not spoke to anyone about it, but the situation with Daryl did surprise me,” he said.

“He’s the ideal candidate in my eyes but he obviously feels it’s not the right time for him. He’s enjoying what he’s doing and that’s the same for me.

“We’ve got something really special happening here at this club and I want to be part of it for a long, long time. If those kind of things come up down the line, then happy days – if they don’t, so be it. I’ll give everything I’ve got for Wakefield Trinity.”

Given the job he has undertaken at Wakefield, some have tipped Chester up as a future member of staff in the national team – but Chester also believes there will be no shortage of candidates to succeed Bennett from elsewhere.

“It’d have been a different story if they’d offered the job to Daryl full-time, but he’d certainly get my vote.

“Don’t get me wrong, there’s lots of other candidates like Lee Radford and Brian McDermott, and I’m sure when Wayne’s contract is up in couple of a years, there’ll be a long list to replace him.”

Wakefield face Huddersfield this Friday and, owing to the shorter turnaround following Saturday’s game in Perpignan against Catalans, Chester has admitted there will be a number of changes to his side for the West Yorkshire derby.

“I’ve spoke to some players like Danny Kirmond, who didn’t play Saturday but will play Friday,” he said.

“Joe Arundel, Mason Caton-Brown and Keegan Hirst will also come in. We’ve got six or seven fit guys ready to go and while I don’t want to make massive changes, with the shorter turnaround we’ll have to mix it up a little bit.”