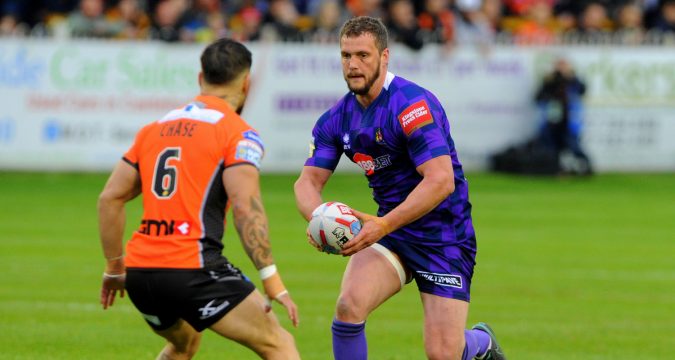 Wigan and England captain Sean O’Loughlin has insisted that he is close to signing a new deal that will keep him with the Warriors in 2019.

O’Loughlin’s future became unclear when it emerged that Leeds were interested in a sensational swoop for the 35-year-old.

The player himself admitted it was nice to receive interest from elsewhere – but says he will be remaining with his hometown club under Adrian Lam next season.

When asked if he would be staying, he said: “Yeah. Hopefully that’s all sorted out now.

“When you come out of contract you’re always hopeful there’s a bit of interest – I think it was just one of those things, though. Hopefully it’ll be all signed and done soon.”

When asked how far down the line discussions got with Leeds, O’Loughlin said: “I don’t really want to go into it too much.. I’ll just leave that if I can.”