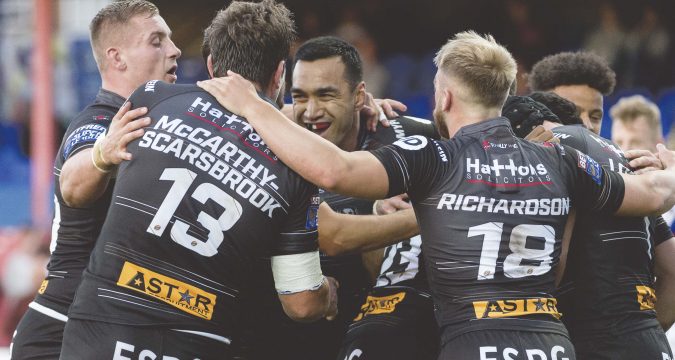 St Helens might not have marched to glory this year, but Justin Holbrook’s side are already favourites with Super League title sponsors Betfred to do so next time around.

While Saints picked up the League Leaders’ Shield and were the most outstanding team around in the eyes of most pundits, they lost out at home to Warrington in the play-off semi-finals.

They had seven players in the Dream Team and one of them, Ben Barba, was named Steve Prescott Man of Steel.

Despite losing Barba to North Queensland Cowboys and being this year’s nearly men (they also went out of the Challenge Cup in the semi-finals), Betfred have Saints at 7/2 to be champions in 2019.

Reigning champions Wigan, who will be coached by Adrian Lam following Shaun Wane’s departure, and Warrington, their Grand Final foes at Old Trafford and the beaten Challenge Cup finalists, are both 4/1 to win next year’s showpiece event.

Betfred have Castleford – beaten at Wigan in the play-off semi-finals – at 5/1, with Leeds, now under the control of Australian David Furner, at 10/1 to be outright champions.

Betfred spokesman Peter Spencer said: “It was a fascinating season with some totally unexpected results, but the history books will show Saints just couldn’t get over the line.

“Shaun Wane had his tremendous send-off with his well-organised Wigan adding to the woe for Warrington, who ended up being twice the bridesmaid.

“But Warrington can, on reflection, feel pleased with their progress under coach Steve Price.”