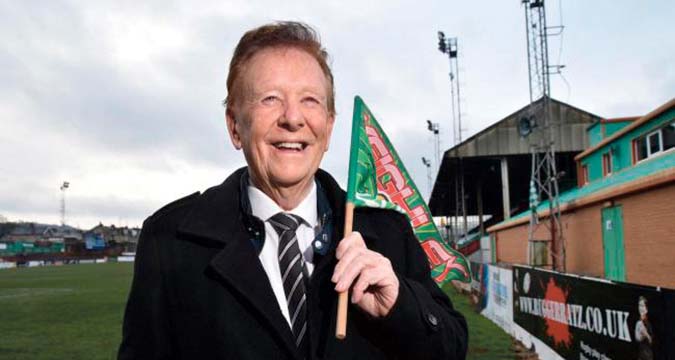 Rugby League was celebrating when two prominent figures in the game were awarded with MBE’s in the New Year’s Honours list.

Although many people will be aware of former Leeds star Rob Burrow’s heroic struggle against Motor Neurone Disease, and his support for charities that undertake research into the disease, Keighley Cougars Chairman Mick O’Neill is less well known.

Having played a huge role in the successful Cougarmania days of the early 90s, O’Neill returned to the club, alongside his son Ryan and son-in-law Kaue Garcia in 2018 to save the club from extinction.

At the start of pandemic, the Cougars donated thousands of face masks and other vital PPE equipment to the Airedale NHS Trust, the Sue Ryder Manorlands Hospice, and several care homes throughout the local area, while special edition NHS shirt and branded face masks throughout the year also raised vital funds.

“It came out of the blue, but I am chuffed to get it,” said O’Neill of his award.

“It was a surprise when I found out and I can honestly say that Rob deserves his a lot more than I do.

“There are a lot of people down at the club that would have deserved it too. We have been doing lots of work down there.

“The most important thing to me is that this award is great for the town of Keighley. I was in Australia when the last group were in the club and I couldn’t bear to think of the town losing its heritage with the Cougars, which is why I came back.

“Receiving this award will open some doors for me that can hopefully benefit the club and the town. The publicity it has brought will be marvellous for Keighley and for Rugby League.”