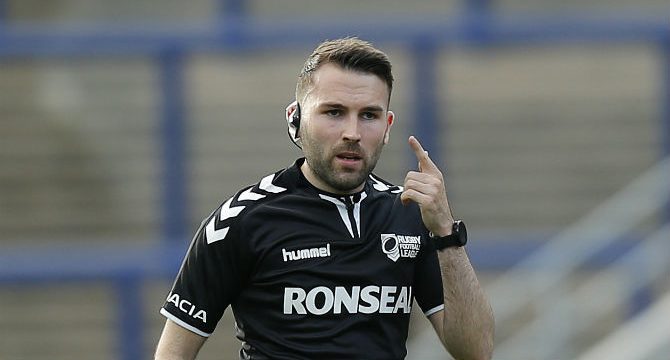 The RFL have confirmed all match official appointments for the six opening round games set to take place at Emerald Headingley between Friday 26th and Sunday 28th March.

Last year’s Challenge Cup Final referee, Liam Moore, will be the man in the middle for the opening fixture which sees St Helens takes on Salford Red Devils in a repeat of the 2019 Grand Final. Jack Smith and Dean Bowmer will be touch judges, with Chris Kendall operating the video booth.

Newcomers Leigh Centurions will begin their Super League season against local rivals Wigan Warriors where Ben Thaler and Robert Hicks will be the referee and video referee respectively.

Thaler will be on video referee duties in the opening match on Saturday, which sees Wakefield Trinity take on Leeds Rhinos, with Scott Mikalauskas given the refereeing role.

Then, James Child will take over proceedings as referee for Catalans Dragons’ game with Hull Kingston Rovers. Tom Grant will be video referee, if required.

Hicks will be the mediator between Hull FC and Huddersfield on Sunday, and Liam Moore will take over video duties. Kendall and Child will be referee and video referee respectively for the closing game of the round which sees Castleford Tigers take on Warrington Wolves.

All matches will take place at Emerald Headingley, Leeds, and will be broadcast via Sky Sports. Season ticket holders of their club can view their team’s fixture on OurLeague.