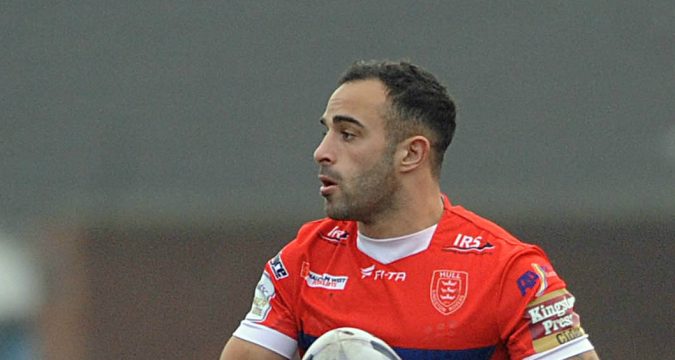 First of all, this column is not going to offer an opinion on the unfortunate injury suffered by Castleford captain Michael Shenton, nor the tackle from Hull KR’s John Boudebza. That is a completely seperate issue to the one being discussed here.

What this column is based on is the statement the RFL made relating to Boudebza’s ban, in which they said that “aggravating factors” (the injury to Shenton) forced them to step outside of the boundaries recommended by the Grade B sanction they initially hit Boudebza with (1-2 games), and instead make it a four-game ban.

Now is that completely fine and understandable for a number of reasons, but for it to work, it all revolves around one key thing from hereon out: consistency.

There is a real danger that the RFL have opened a huge can of worms with the events of the last 24 hours. Injuries have always been considered in making such a decision, but in going public with their insistence that the injury played a part in the extension of the ban from the usual sanction, it forces the RFL’s disciplinary panel into a corner they may not be able to get out of. For example, one alarming issue for me is why bother issuing recommended sanctions if they’re just going to be ignored?

Also, are we now punishing the outcome, rather than the offence? There could be a tackle exactly the same taking place this weekend, but the player who is tackled may not be as unfortunate as Shenton, and get up and carry on playing – or miss a week or so of action, rather than the devastating long-term blow the England international has received.

What happens then? If it’s a tackle with the same ins and outs as this one but the player is not injured, do they not get a ban? There is a danger now that people will look out for similar cases and compare them to Boudebza’s, which could be a dangerous precedent for the RFL to set.

It’s completely understandable that, with the RFL deciding this was a dangerous tackle from the Hull KR man, people would like to see more parity in the length of ban compared to the length of injury. But it’s ridiculously hard to run a disciplinary programme on the basis of an eye for an eye, for so many reasons.

What if the player who is injured makes a quicker than expected recovery? What if the player suffers a setback and is out for even longer? Or what if, dare I say it, there is a touch of gamesmanship in the injury to try and manipulate a ban for a perpetrator?

Again, this is not an opinion on the tackle itself, more the corner the RFL has now put itself in. It will be interesting to see if similar disciplinary cases are handled the same way throughout the year, with it publicly acknowledged that an injury as a result of a tackle has produced a lengthier ban than recommended.

If the RFL uphold consistency from this day forward, it may not be a huge issue. But that’s the challenge facing them now – this is a major can of worms that has been opened.