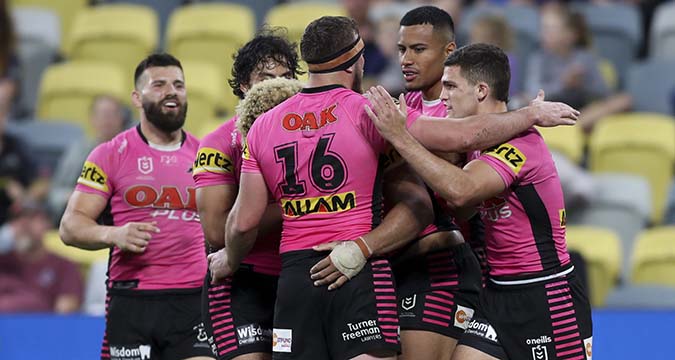 The Panthers last won the League Leaders’ Shield in 2003 and on both previous occasions they have topped the league, they have gone on to win the Grand Final.

Penrith showed why they were taking home the shield in the first half. Brian To’o got the party started early before a brilliant short-side play saw Stephen Crichton cross.

Josh Mansour grounded a grubber kick from Jarome Luai before the halfback got a try himself when Crichton took his high kick and dumped the ball back for his kicker.

Viliame Kikau got himself a try five minutes into the second half before the Cowboys responded with their first try through Hamiso Tabuai-Fidow.

Nathan Cleary set up Brent Naden but North Queensland who were celebrating Gavin Cooper’s final home game with the club, were able to score again thanks to Kyle Feldt.