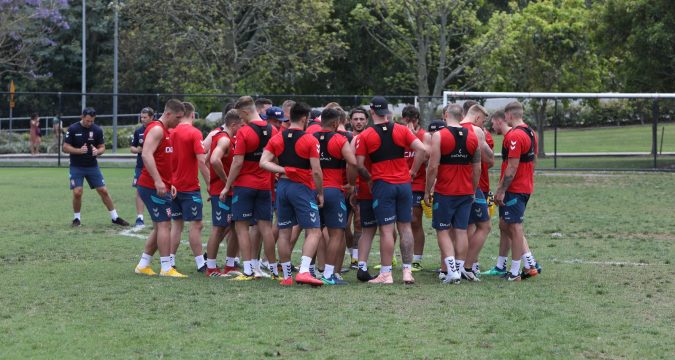 England Knights held off a determined challenge from Papua New Guinea in Lae today to win 16-12, with both sides scoring three tries but Declan Patton’s two conversions being the difference between the teams.

In a game played in hot and humid conditions in Papua New Guinea’s second city, the lead changed hands several times in the first half before the Knights established an 8-16 interval lead. The Kumuls scored the only try of the second half, but a strong English defence ensured that they were unable to get back on terms.

The Kumuls took the lead on 13 minutes through Brendon Nima, who scored near touch after a high kick was misjudged by the English defence.

England hit back when Liam Sutcliffe touched down and Patton goaled. But then Moses Maninga broke the English line with a fine individual effort to restore the Kumuls’ lead with 26 minutes gone.

But winger Tom Lineham then took a hand to restore the Knights’ lead with an unconverted try on 31 minutes, and Kruise Leeming created a try for the Knights’ other winger Tom Davies to to touch down, with Patton converting for an eight-point half-time margin.

The Kumuls hit back on 50 minutes with their third try, but their passionate supporters were unable to shout them home.

The second game in the series will be held on Saturday in the PNG capital Port Moresby.