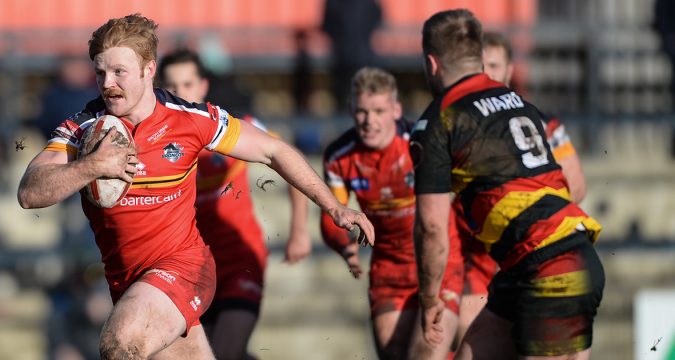 James Cunningham has signed a new deal with London Broncos to keep him with the club in 2019 as the Broncos head into Super League after their promotion from the Championship.

After an excellent season in 2018, operating at both hooker and halfback, Cunningham was called into the England Knights squad and attracted attention from Super League clubs.

But Cunnigham has decided to stay and is happy with his decision.

“I am really happy to have secured another year at the club,” said Cunningham.

“Last season I felt I was playing really well and I hope I can carry that form into next year.”

“I want to say thanks to Danny Ward and his team for having faith in me and helping me through the tough times and the good. I am now looking forward to playing with this great group of guys and continuing the journey onwards into the Super League.”