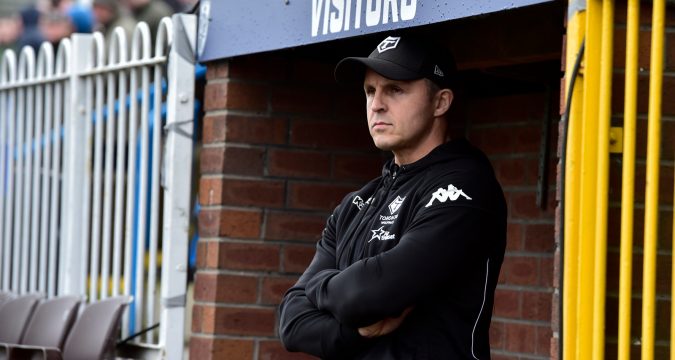 Rowley, who saw his side miss out on promotion as they went down 4-2, admitted the best team prevailed after his side failed to break down Danny Ward’s Broncos.

The Wolfpack will now have to wait for their chance to compete in Super League, but Rowley said: “Credit to London, they were the better team.

“We’re disappointed, we were the second-best team. I can’t compliment London enough. They’ve had a good attitude from day one. It’s London’s day, they deserved it. We congratulate them and wish them the best of luck in Super League.

“Our performance was down, but London they’re the people that did it, they’re the team that’s won and deserved to. I can’t compliment them enough.”

Over 9,000 people packed into the Lamport Stadium for the match expectant of a Wolfpack triumph.

Ultimately, the majority went home disappointed, but Rowley said: “But who are we to pull that back? These supporters have enjoyed the ride and we don’t want to suppress the emotion. They have the right to expect because we have the resource and a good team. It’s really disappointing.”