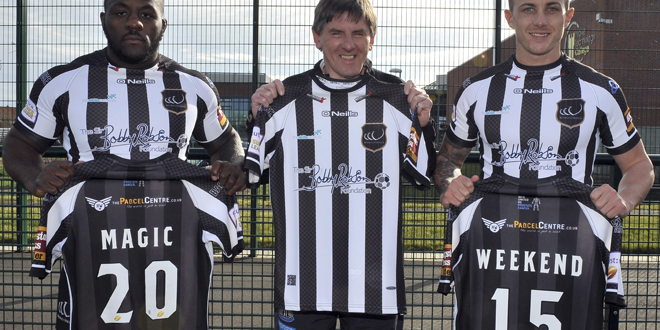 Rugby League appears to have a brand new fan in former England footballer Peter Beardsley, who says he’s “amazed” by the standard of the game.

Beardsley was involved with Widnes’ special one-off Magic Weekend shirt launch earlier this week, and the Newcastle United legend insists that the sportsmanship in the game is another aspect that fascinates and impresses him greatly.

“I’m amazed how people walk off hugging each other and shaking hands, because they’re fighting, in terms of physically fighting, to win a game.

“It’s incredible, it really is, and I take my hat off to them, because they’re gentlemen at the end.

“Obviously they want to win, and I understand that. But at the end, the way they walk off together.

“At the Super League Grand Final – what happened at the start of that game you would have thought would have spoiled the game.

“But the way everybody walked off arm-in-arm is a credit to the sport.

“That’s why I love watching it.”