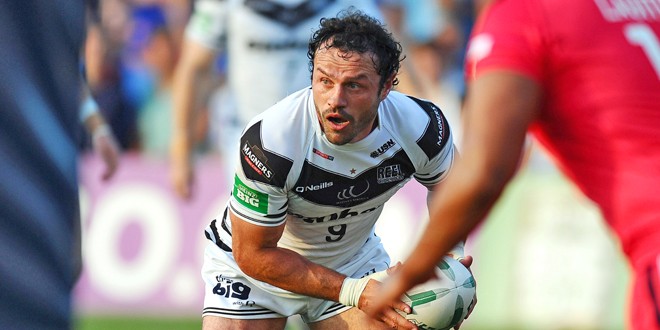 The RFL and Widnes Vikings have accepted the decision of an independent Tribunal to fine the club £20,000 for serious breaches of the sport’s Operational Rules at the end of a Challenge Cup semi-final at Leigh Sports Village in August.

The governing body and Widnes Vikings are continuing to work with all relevant agencies to bring to account the individuals responsible for the violent scenes that followed the conclusion of the match against Castleford Tigers on Sunday August 10.

Following an extensive and comprehensive inquiry, the RFL produced a report which has been shared with Greater Manchester Police to assist with their continuing inquiries. A series of arrests have taken place in recent weeks and a number of people have already been charged.

RFL Chief Operating Office Ralph Rimmer said: “The nature of the disorder at the Widnes Vikings v Castleford Tigers semi-final was both shocking and totally unacceptable.

“Those responsible brought great shame on Widnes Vikings, the sport and its most historic competition, the Rugby League Challenge Cup, and the Tribunal’s sanction reflects that.

“I am sure that the fine would have been significantly greater but for the response of Widnes Vikings, whose actions since the semi-final have been exemplary. I would like to thank the club for its full cooperation and response to what was a dark day for everyone.

“We will continue to do everything in our power to maintain Rugby League’s reputation as a sport which is safe, friendly and welcoming to all.”

“As a club we apologise once again for the events that unfolded at Leigh Sports Village,” said Rule.

”We will continue to work with the Police, the RFL and Halton Borough Council to implement banning orders to all involved.

“Whilst we accept the Tribunal’s ruling and recognise our responsibilities as to the behaviour of our fans, it is important for us to recognise that the acts were not representative of our true supporters and the spirit of Widnes Vikings.

“We must not lose sight of the hard work and incredible progress we made in 2014 which ultimately led to us being named Super League Club of the Year at the Man of Steel awards.

“All our stakeholders were integral in the club receiving this prestigious accolade and we will remain united as ‘One Club’ as we prepare for the 2015 season.”