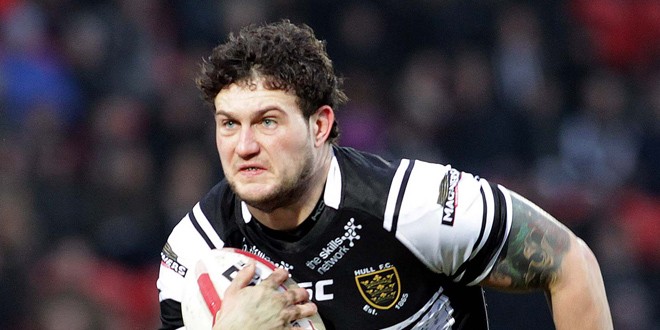 Following a “perfect” start to life as a Bull, new signing Jay Pitts is hoping to encounter a sense of déjà vu this weekend – a repeat of Bradford’s Challenge Cup triumph against Catalan Dragons on Sunday.

The 24-year-old utility forward made his Odsal debut as Francis Cummins’ men took down Catalan Dragons 33-20 to book their place in the competition’s quarter-finals.

Pitts arrived on loan last week from Hull FC and believes Bradford’s fifth-round success was the ideal start to his Bulls career.

“It was the perfect start for me,” he said. “I had been brought in at short notice, so had little time to adapt to everything fully, but the boys put in a superb performance and we got a result which matched our efforts.

“I think it was obvious that everyone wanted to put things right after what happened at Wigan, six days prior. It needed to be put to bed with a win and I thought the boys showed tremendous character, especially after going 16-0 after the 15 minutes.

“The whole club seems to have turned a corner, in the space of 80 minutes. The aim now is to continue to improve, while starting to pick up points in Super League. I think it goes without saying that we are looking to go far in the Challenge Cup too, we are dreaming big on that front.”