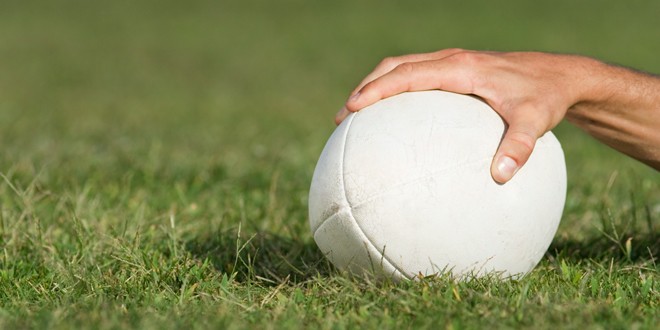 The RFL will be showcasing their new initiative, Play Touch Rugby League, before three First Utility Super League and two Kingstone Press Championship matches over the next month.
Inspired by the professionals, fans of all ages and abilities will have the opportunity to try out the new format of their favourite sport before each of the selected matches.
After sampling Play Touch Rugby League, fans will be able to sign up for low-cost local sessions.
The new format of the game is a great alternative to the gym – participants can have fun getting fit whilst enjoying the excitement and camaraderie of the traditional game but without high impact tackling.  Played in a fun and sociable environment, men and women can also play side-by-side.
Play Touch Rugby League Manager Dan Parkinson said: “The roadshows are a fantastic way for us to connect with Rugby League fans and raise awareness of Play Touch Rugby League in the local area.
“We recently signed up 30 fans at another Super League match and all of them are now regularly playing Touch Rugby League – and most of them had never even thought about playing before.
“We hope that plenty of Rugby League fans will get involved. We find that people have so much fun playing that they don’t even realise they are burning calories and keeping fit.”
Play Touch Rugby League  roadshows will take place at the following:

Play Touch Rugby League is taking place across the country, for more information or to search for your nearest session visit:  www.playtouchrugbyleague.co.uk