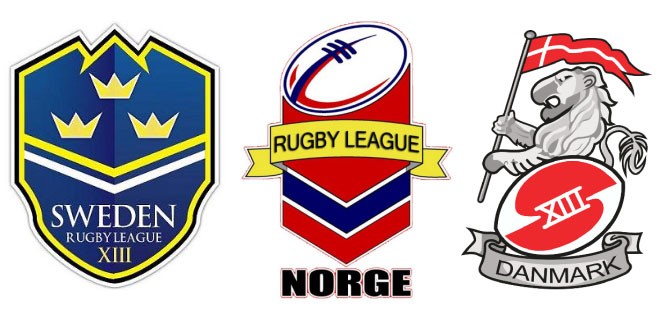 The Scandinavian region has finalised its 2014 Rugby League calendar  and is preparing for the most exciting year to date.
The first event saw an inaugural pre-season sevens in Norway hosted by Flekkefjord Tigers.
RLN chairman, Kim André Seglem is looking forward to introducing more people to Rugby League, praising rugby union teams Stavanger and Egersund’s involvement in trialling the sport.
“We had eight games of Rugby League sevens played which is great in such a small community. Each team gave it their all and we would like to congratulate Stavanger on their victory,” he said.
“It was fantastic to see new people taking interest and involvement in Rugby League with two new teams participating.  We are looking forward to continue growing the game here in Norway.”
A pre-season Scandinavian Sevens in Kungsbacka, Sweden is scheduled for March 22nd, when six teams will compete.  Swedish rugby union teams Spartacus Reds and Göteborg have been invited to join domestic teams Kungsbacka Broncos and Skåne Crusaders.
The Copenhagen Black Swans and Oslo Capitals will also be there as Skåne Crusaders look to defend their title, after defeating the Black Swans in a hard-fought 12-6 victory in 2013.
Skåne Crusaders will also be looking for consecutive titles in 2014’s Pan-Scandinavian Championship.  Kicking-off on March 29th, the Championship will see teams from Denmark and Sweden go head-to-head with Copenhagen, Kungsbacka, and Skåne all looking for premiership glory.
Crusaders manager, Paul Briggs is eagerly anticipating the new season, “We took out the double last year in some great form, with the boys coming together with some real guts,” he commented.
“This year we have some new recruits and hopefully we can continue our undefeated form and attempt to take out the double again.”
The Rugby League Norge National Championship is set to begin on April 5th, with five teams participating in this season’s competition.
Three-time champions Oslo Capitals will be looking to continue their dominating form in 2014.  They will be joined by the Porsgrunn Pirates, Flekkefjord Tigers, Kristiansand Krusaders, and Flisbyen Broncos.
Denmark is continuing to build their league foundations with Steven Davy, the chairman of the Danish rugby league board, looking forward to finalising the highlight two-game Danish Origin challenge between Copenhagen and Jylland.
“We have a great line up of games this year, domestically and internationally,” he said. “The East West Origin games in Denmark are becoming a tradition.”
“We are also proud that Jesper Ika has now joined a top UK community club, Leigh East.  He is still only eighteen and we have confidence he will soon be playing in the big leagues.”
The Nordic Cup will commence after all the domestic competitions conclude, with each nation having won the title once each since its inception.
The opener of the tri-series competition will see Norway to host Denmark on June 28th  in Flekkefjord.  Denmark will then host Sweden on August 16th  in Copenhagen, before Sweden return to Lund to host Norway on August 28th.