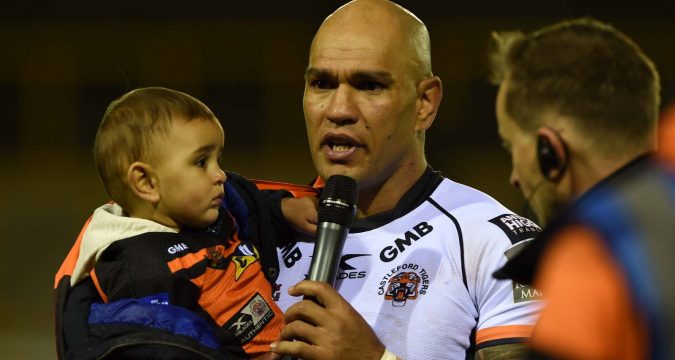 Keighley Cougars’ marquee signing Jake Webster has said it now down to the players to deliver the goods on the field after all the hard work the club has put in over the close season.

“The club has done its job in the off-season and recruited well,” Webster said in an interview with Rugby League World magazine.

“Rhys has got the players he wants and the owners have got the staff they want, so now it’s up to us, as a playing group, to do the job they need us to do.

“We have been training well and it’s all looking promising. But we’re not getting ahead of ourselves, we know there is still of work to do.

“I am excited about going into work again and everyone is coming to training with smiles on faces. If you can keep doing that, that’s half the battle won.

“Everyone wants the same thing and we’re all very enthusiastic. We’re all buying into Rhys’ vision, and when you do that, that’s the other half of the battle won.”

To read the full interview with Webster see the January issue of Rugby League World – OUT THIS FRIDAY.