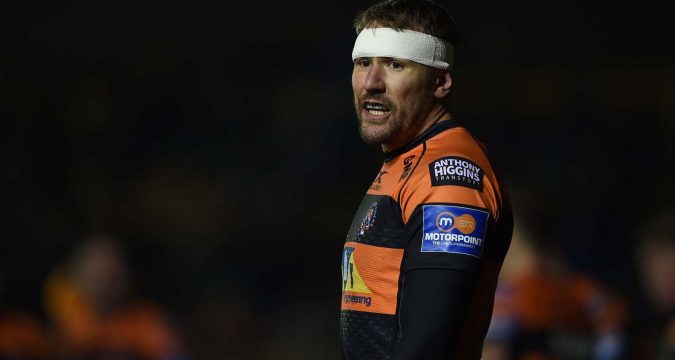 Castleford Tigers captain Michael Shenton insists that while he’s honoured to have been granted a testimonial by the RFL, he’s putting it to the back of his mind to help Castleford win silverware in 2020.

The Tigers’ long-serving centre has been awarded a 12-month Testimonial for his services to the game, which is headlined by a clash against Toronto on Sunday 19 January, followed by numerous other events.

But after missing the latter part of last season with injury, Shenton told League Express his main priority is Castleford, adding that he’s confident they can compete for trophies next year.

“You always want to enjoy your rugby, but I want to get this team back to competing right at the top,” he said.

“We’ve been competing in and around there for the last couple of years, but we haven’t been able to win something major. We’ve moved on from those agonising play-off defeats, and from what I’ve seen I’m confident this team can really challenge.

“My focus isn’t on the testimonial, that’s just a bit of a sideline. My focus is 2020 and having a good season.”

Shenton, 33, also insists that despite his age, he’s feeling as good as ever, although last season he was only able to play twelve Super League matches out of 31 because of injury.

“I’ve been getting challenged in training every day, but the injury is behind me now and I’m looking forward to getting back out there and playing again.”

The Wolfpack clash could give Tigers’ fans the first glimpse of Sonny Bill Williams in a Toronto shirt. And though Shenton was unsure whether he will take part in the game, he says the Kiwi superstar is almost certainly set to be present at Castleford on the day.

“I don’t think they know whether he’ll be there yet,” he said.

“We’d like him to be, but they’ve said he’ll be there at the ground regardless. You’d like to think he’d get a bit of a touch-up before the first game, so hopefully he’s out there. But there’s general intrigue around Toronto.

“They’ve got a top-quality coach and they’re going to be a real challenge. It’s hard to gauge where you are until you play those competitive games to see what stuff you might need to adapt, as we’ve got new combinations and the style of play might change, but we’re looking forward to it.”