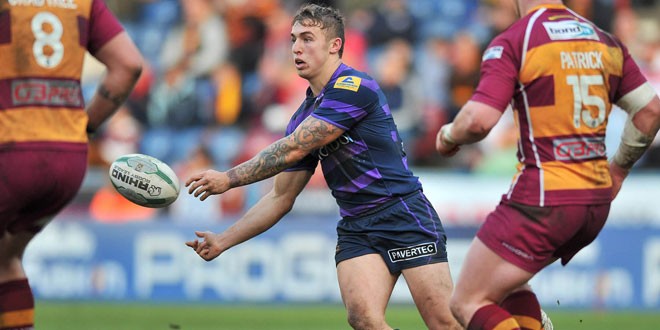 Wigan Warriors youngster Sam Powell has admitted he wants to kick on even further in 2016 and break into the Warriors’ starting 13 on a regular basis.

Powell played 23 times for Wigan last year but started on only five occasions, despite being able to cover both half-back and hooker for Shaun Wane’s team.

And although he admits he was pleased with his own form as the Warriors once again reached the Super League Grand Final, he’s now looking to improve yet again, with a role in the starting 13 his next aim – which would mean dislodging the likes of Matty Smith, George Williams or Michael McIlorum.

“I was happy with how many I played, I’m 24 next year so I want to be playing most if not every game,” he said.

“I got that bench spot and want to improve on that.”

Powell did admit that he’d be happy to be play wherever for the Warriors though, as long as it meant he got the opportunity to start games from the beginning.