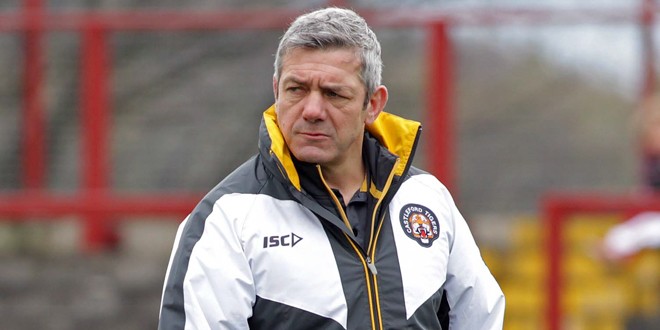 Castleford coach Daryl Powell said he was delighted after his side comfortably disposed of Sheffield Eagles to cruise through to the Challenge Cup quarter finals yesterday.

The Tigers, who have lost just two times this season, scored 12 tries in a 60-16 thumping and are now fourth favourites to lift the prestigious trophy.

“I thought Sheffield were great to be honest and they really challenged us with some tricky stuff,” Powell said. “But I thought we were good when we needed to be.

“There was a big chunk of the first half where we took the game away from them. We were a little bit sloppy in the second half, but it is job done, and that is the main thing.

“I just felt that we needed to not change too much. The energy left us a little bit towards the back end of the game, and Sheffield found some. They scored a couple of tries that we are disappointed about, but it is job done.

“We are in the next round, and obviously it is an interesting line-up. There is some potential there to get to the semi-finals without playing a Super League team, which does not happen very often.

“But ultimately, things change in sport and you have different clubs, and I love the job I do here. I want to take this club as far as I can in the Challenge Cup.”