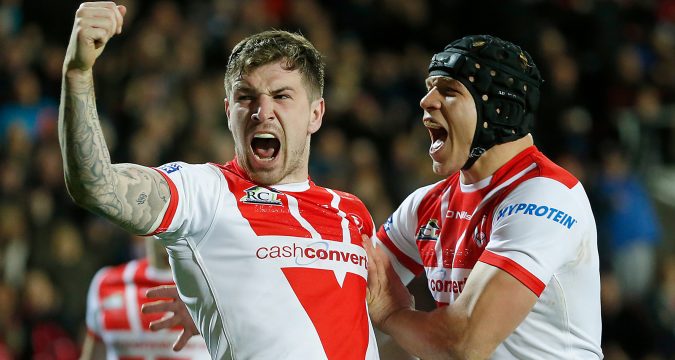 The Super League leaders are back on top of our rankings – having moved ahead of long-time leaders Toronto after a fantastic Challenge Cup victory over Castleford to move into the quarter-finals.

It’s now TEN successive victories for Steve Price’s Warrington: who are undoubtedly the form side in the country at present. They eased past Toronto on Sunday to book a cup quarter-final showdown with Wigan – the same side they face at Magic this weekend.

The Canadians slip down the pecking order somewhat, after not only a heavy defeat at Warrington, but an ill-disciplined performance to boot, too. They’re back in the spotlight this weekend too when they open up proceedings at Magic against Toulouse.

The Centurions are steadily on the climb – and while their top-four quest was put on ice for a week, it didn’t stop them dumping Super League side Salford out of the Challenge Cup to ensure they are the last Championship side left standing.

John Kear’s Bulls are on a real roll; and after hammering West Wales two weeks ago, they backed that up last weekend with another big win, this time over London Skolars. Next up? Newcastle under the lights on Friday night.

Shaun Wane’s Warriors are quietly going about their business; while the talk is of local rivals St Helens and Warrington, Wigan moved into the last eight of the Challenge Cup with victory over Hull KR.

York are a non-mover this week; but they remain firmly on the heels of League 1 leaders Bradford at the summit of the third tier.

It’s a big drop for Featherstone, unfortunately – who slipped to a big defeat in Toulouse, before being handed a loss in the Challenge Cup by reigning holders Hull FC.

Speaking of Hull, they come into our rankings this week – having not only kept their defence of the Challenge Cup alive, but doing so amidst a growing injury list.

Chris Thorman’s Giants now have back-to-back wins; having beaten Widnes in the league recently, they progressed to the next round of the Challenge Cup courtesy of victory over Wakefield: who they play at Magic on Sunday.