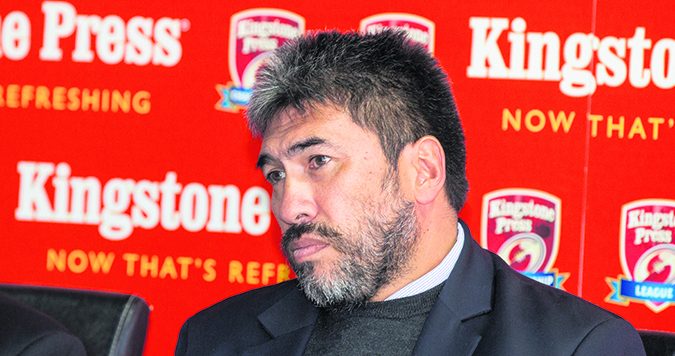 SUPPORTERS of any Championship or League One team should have been heartened by Bradford Chairman Andrew Chalmers’ newspaper column on the recent meeting of all professional clubs.
Many of the gathered Council members went expecting to hear sweeping proposals be made by Super League representatives over structures and central funding distribution.
That never really materialised – four top flight chairman from Wigan, St Helens, Hull FC and Hull KR did front the room, but no specific proposals were put to the other clubs.
Instead there was talk of a need for change and review, which will act as a precursor to further discussions between smaller groups representing each of the three professional tiers.
But Chalmers’ post-meeting debrief, published in his Bradford Telegraph and Argus column, showed just how united the non-Super League clubs have become in the wake of Ian Lenagan’s initial proposal to cut funding altogether from League One and hand more power and money to the top-flight clubs.
Chalmers wrote: “Lenagan’s desire to have resources or executive authority transferred from the RFL to the control of the Super League clubs, including funding and manpower, drew ZERO support from the floor, and this is an important message to the game’s decision makers.”
Chalmers continued: “Gary Hetherington, the Leeds Rhinos CEO and part-owner, highlighted that the clubs needed to take responsibility for their individual situations.
“He insightfully pointed out that the RFL needs to undertake a thorough strategic review, before any meaningful consideration can be given to change (if any), and from his perspective he was happy with the existing competition structure.
“This was echoed around the Championship and League One club owners and representatives.
“I personally don’t support any changes to the existing competition structure and I agree an RFL-led strategic review is the logical next step for the wider game.”
There are some within the game, and within the Rugby League media, that will have you believe that a transferring of power to Super League clubs is a foregone conclusion.
But it isn’t.
The way the voting works at Council meetings – should we get to a stage where a proposal needs voting on – means that Super League clubs effectively have two votes to non-top flight clubs’ one.
That gives the 26 Championship and League One clubs significant power if they stay as united as they are now – and especially if at least one Super League club joins their cause.
The four Chairmen at last month’s meeting admitted that the top flight is not united at present – which is a major hurdle to overcome to implement any change.
Some form of change may come of course, but it is encouraging that influential people within the game see the need for the RFL to lead that with a “whole game” approach, rather than a handful of Chairman looking primarily at Super League’s needs.

Get League Express in the shops every Monday morning, or the online version from Sunday evening, to read Gareth Walker’s Championship Focus column every week.