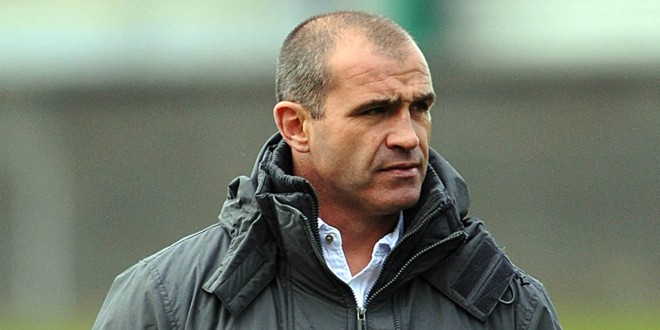 Te’o joins from Rochdale Hornets and will pose another threat to Hunslet Hawks in a match Hunslet coach Barry Eaton is labeling as his side’s toughest away trip of 2014.

Coach Barry Eaton (pictured) said: “Gloucestershire have got two wins from three, and a bonus point against York. It’s our toughest away trip so far this season, without doubt. They’ve got some Championship-quality players in their ranks.”

The Hawks have won their last four matches, but Eaton insists: “We’ve got a bit of momentum, but we want to keep our feet on the ground. There are still lots of areas we can improve on.”

Mbu added: “I’m sure South Wales’s results are not a true reflection of where they are. We know that feeling as well as anyone.

“I’m frustrated in one sense, but at the same time I’m encouraged to know that we’re not far off from where we need to be.

“Once we start fixing those little details, we’ll find ourselves where we want to be.”

Grady said: “London are a good side and I’m surprised they’ve not had a win yet, but that shows the strength of the division.”

Oldham coach Scott Naylor said: “I’ll probably make changes for Sunday and then do some more adjustments for the Good Friday game.

“Five days between games doesn’t give us a lot of recovery time so it makes sense to get the best I can out of the squad as a whole.”

David Cookson is nearing a return to action after missing six weeks with a groin problem.

Thunder coach Stanley Gene has challenge his players to make improvements in defence, having conceded 93 points in their first three league fixtures of the year.

Gene said: “Defensively I’m not very happy, but we’ve got to move on quickly. If not, we’ll be going out looking for other players to come in.”

The Knights lost 31-28 against Swinton last week in the Tetley’s Challenge Cup, a result Thornton is hopeful will not derail his team’s season.

Thornton said: “It’s the first time we’ve tasted defeat this year and I hope it doesn’t hit the lads too hard. The league is our priority.”

Valu Bentley is Oxford’s major doubt as he struggles to overcome a knee problem that is likely to keep him sidelined for another fortnight.

Glenn Osborn is also awaiting the results of a knee scan, but coach Tony Benson is hopeful it is not a serious problem.

Benson said: “We’ve had two weeks off now and that hasn’t helped at all, but we’ve just got to crack on.