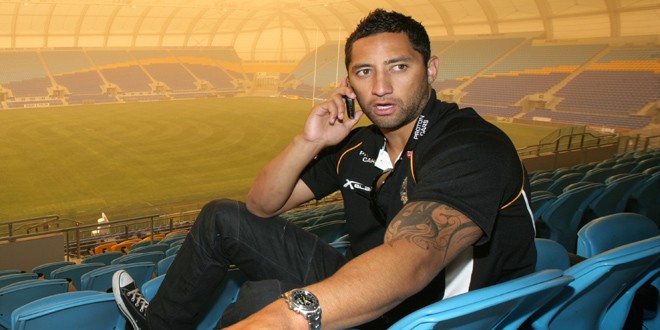 The 29-year-old is currently plying his trade at union side Auckland Blues in the Super 15 league, but rumours have been circulating that he is unhappy and looking for a move away after failing to cement a starting spot. Red Devils owner Dr Marwan Koukash is said to have made a £1.7m transfer bid and offered Marshall an annual salary of £560,000.

The Kiwi’s agent, Martin Tauber, said: “I have no idea about this so called interest in Benji going to play league in England.

“The last place that Benji would be looking at playing or thinking of trying out would be England. I had dinner with Benji and his wife last week and they are very happy – they’ve moved into a new place and are loving being in New Zealand. Down the track – and I’m talking well down the track – if Benji was to move I’d explore the south of France or Japan to extend his career. Not England, not for a minute.”

Blues chief executive Michael Redman took a similar stance. He said: “We’re not even contemplating those scenarios. He and his agent are committed to us. We are aware of those murmurings and we’re in regular contact with his agent Martin Tauber, who assures us there’s no substance and they’re not talking to anyone else or exploring other options.

“From our point of view, we’re not distracted by that. It’s always been a medium to long-term project for Benji to learn his trade. We’re committed to that. As we understand it, he is as well. We can’t stop the speculation but it’s not changing our plan.”