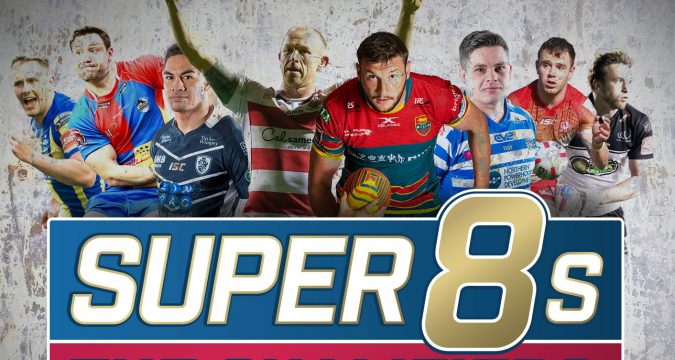 It’s funny how things work out in sport sometimes.

Cast your mind back just a few years and Rugby League was up in arms about a new, crazy, outlandish proposal drawn up by the Rugby Football League. It was known as The Qualifiers.

The coming together of Super League and Championship clubs midway through the season to fight for promotion was scoffed at in disbelief by many. The RFL had finally lost the plot according to some.

But, on the eve of its third season as part of the Super 8s concept, The Qualifiers has suddenly become the most anticipated, must-see competition in the whole of the domestic calendar.

Some will argue that its popularity is a hindrance to the elite competition of Super League’s top eight teams, and in many ways, it has overshadowed it.

Yet the positives to come of the ‘middle 8s’ concept has perhaps taken everyone by surprise.

One of the biggest gripes about the concept was that it still didn’t give Championship clubs a realistic chance of promotion. Many believed the gap between Super League and Championship was too big to make it viable.

But Leigh’s promotion, achieved automatically without the use of the Million Pound Game, has turned that belief on its head emphatically and has in part added to the anticipation for the upcoming campaign. The scepticism that lingered has now disappeared for the most part.

The coming together of the two competitions has also had a huge impact on the Championship, which is more relevant than it has been for decades, and certainly worlds apart from the dark days of the franchising era when winning the competition was worth little more than a pat on the back.

More impressively, clubs in the Championship have shown they are more than capable of holding their own. While Super League clubs, understandably, win the majority of the games, there are enough cases to show they are a viable threat to the teams they’re competing against. It has seen young, talented coaches take the spotlight and triggered top-tier clubs to spend more time scouting those in the divisions below them.

However, what is perhaps most important is that it has created talking points and drama the sport has so desperately lacked.

This year’s make-up promises to provide more of the same. Big-hitters Warrington are the surprise entrants and are heavily backed to ease through the campaign, but for the other Super League clubs, Catalans, Leigh and Widnes, there is a growing belief that their Super League days could be numbered.

The threats to their top-level status come in the shape of Hull Kingston Rovers, seeking vengeance after suffering relegation last year in the most dramatic of circumstances, and London Broncos, another former Super League outfit back on the rise after some turbulent years. The plight of the Broncos is one of the most intriguing prospects of the competition.

Then you have the underdogs, part-timers Featherstone and Halifax. While unfancied, there can be little doubting their belief. Both sides are capable, a realistic threat. That alone makes them dangerous.

Sceptics will remain, but try and find drama like it anywhere else.