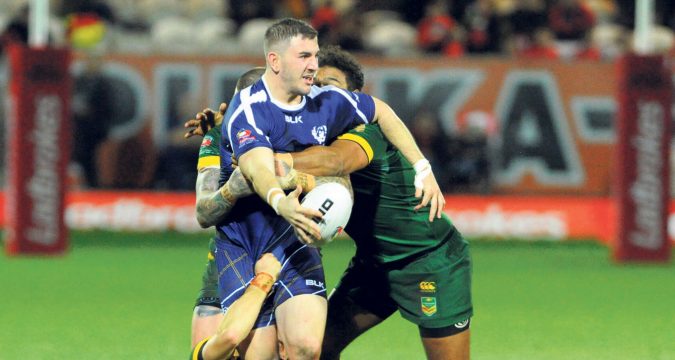 Joe Wardle and Peter Wallace could play for Scotland in the World Cup after being included in the Bravehearts’ provisional squad for the World Cup.

Former Huddersfield man Wardle has not played for Scotland since the 2014 European Cup, while Wallace, who plays domestically for Penrith Panthers, has not featured since the 2013 World Cup.

They are two of five NRL stars in the squad, with Lachlan Coote, Kane Linnett and Euan Aitken all included following their involvement in last year’s Four Nations.

Danny Brough will captain the squad as he looks to become Scotland’s record appearance maker, while his Huddersfield team-mate Dale Ferguson is also included alongside the likes of Danny Addy, Adam Walker and Ryan Brierley.

Head coach Steve McCormack said: “I’ve said to the players: selection will be based on performances. It doesn’t matter whether you are in the NRL, Super League or bottom of the Championship. I know a lot about these players, know I can trust them and just hope they can perform over these next seven or eight weeks and get on that plane.”

“We’ve had our first team meeting and there is a fall-out programme that players will join as their club season ends, once they have gone on holiday for a break to recharge ahead of the World Cup. We might add two or three more to this group as we get nearer the tournament: this not a definitive list so there is time for other players to force their way in.”