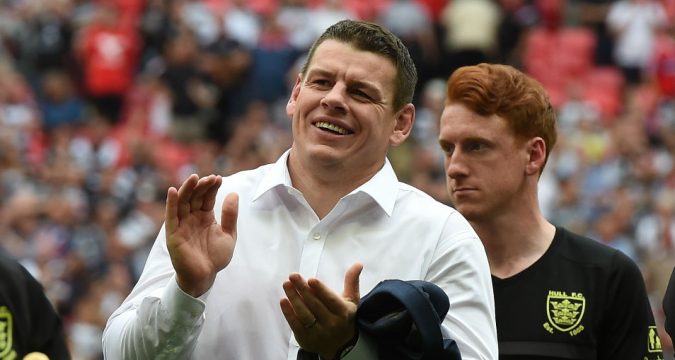 Lee Radford was content with his side’s performance as they notched their first win of the season against Huddersfield.

The Black and Whites scored 34 unanswered points to defeat the Giants 38-12, ensuring they leave for their tour Australia with a victory.

The result was arguably more important than the performance for the Challenge Cup holders, but Radford was satisfied both ways.

“It wasn’t perfect but it was everything we could have asked for,” he said.

“I thought when we went set for set with them in the second-half and had some sustained possession I felt we looked really strong.

“It’s round one, it gives us something to work on next week and it will be warmer conditions so there won’t be an excuse.

“They looked sharp. They looked physically really strong so that’s a plus, it’s exactly what we asked for, we wanted to get on the plane with a ‘W’ and that’s what we’ve done.”

Meanwhile, Radford insisted there were no major concerns over Marc Sneyd, who received treatment for a knee injury near the end of the game.

“He took a bit of a whack, that’s what he gets for carrying the football, he needs to stick to kicking and passing.”