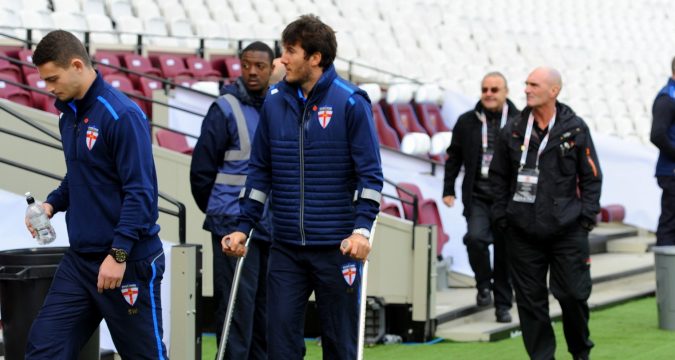 England international Stefan Ratchford will miss the start of the Super League season, Warrington have confirmed.

Ratchford made his England debut during last month’s victory against France in Avignon, but following pictures emerging over the weekend of him on crutches, the Wolves have now confirmed that he has suffered a knee injury.

He was only handed the number one shirt by the Wolves for the 2017 season yesterday, but it has now been confirmed by the club that he has suffered a lateral meniscus tear which will rule him out of action until March.

Luckily for the Wolves, they have an obvious replacement for Ratchford in fellow international Matty Russell, who can fill in at fullback in the absence of the former Salford utility.

The Wolves have also confirmed that Chris Hill has undergone operations for hernia and shoulder problems – although there is no timescale yet on his return to action.

Wolves forward Ben Currie, who suffered a serious knee injury towards the back end of last season, will be back around June.