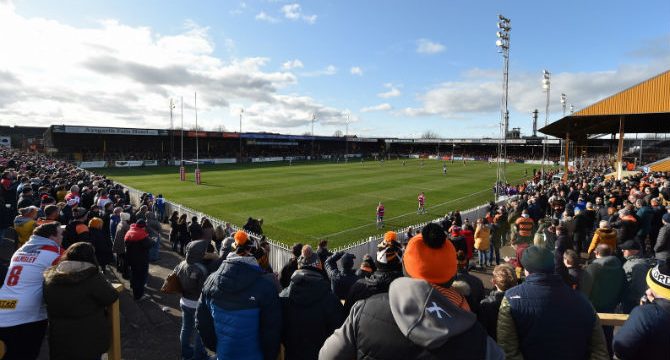 League Express readers, through the weekly Readers’ Poll, have voted that they are hopeful of returning to stadiums in October.

Next month was touted as a potential date for a return for fans to stadiums but new lockdown rules, brought in today (Monday), have cast doubt on that proposal.

However, 65 percent of readers would attend games if they returned, 38 of which would only go to their local ground and not travel to away games.

12 percent thought that if crowds were allowed to return in October, it wouldn’t be safe for them to go while 19 percent would only return when they were sure it was safe to do so.

Four percent wouldn’t go to games, regardless of the current situation.

If you would like to vote in the next Readers’ Poll, visit TotalRL’s home page by clicking here