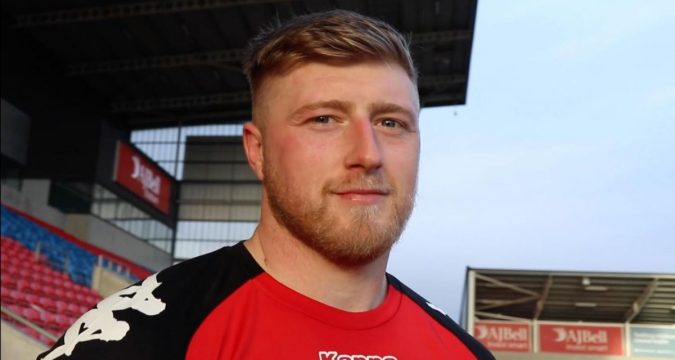 Addy becomes the second Scotland international to be brought into Richard Marshall’s squad, ahead of the 2021 campaign.

The 29-year-old said: “I’m buzzing to be joining Salford and can’t wait to get started.

“It’s already a good squad and I want to add to it.

“Obviously I was captain at Leigh. I see myself as a leader, whether captain or not, so will look to show that here.”

He joined Hull KR in 2017 for their Championship-winning promotion campaign, but then suffered an anterior cruciate ligament injury that caused him to miss the entire 2018 Sup[er League campaign. He did then play 19 Super League matches for the Robins in 2019 before transferring to Leigh for the 2020 season, playing six games in total before the season was abandoned.

Internationally, Addy has featured regularly for Scotland, playing in the last two World Cups in 2013 and 2017.

He operates across the back-row, at hooker and in the halfbacks.

Salford coach Richard Marshall said: “Danny is another player whose versatility presents us with a number of exciting options going into next season.

“In him, we’ve also added another leader to our group, which helps create the right environment for some of our younger recruits.”

The 2021 Red Devils squad will see Addy link up with his Scotland international teammate Sam Luckley, in addition to a number of other new signings.

Salford director of rugby and operations Ian Blease said: “Bringing in Danny strengthens our squad in a number of areas.

“He’s another player with his eyes set on the World Cup next year, which will give him some additional motivation, so I think we can expect some committed performances in his first season with us.”