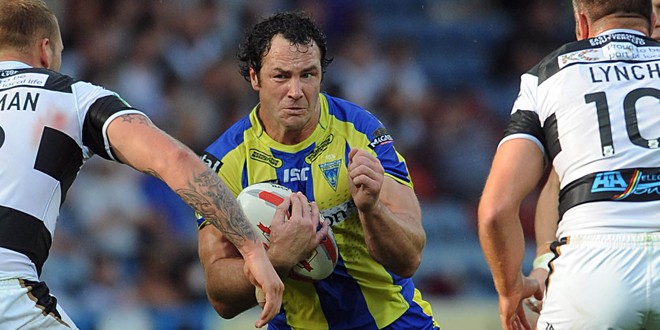 Adrian Morley says Marwan Koukash’s bold top four aim is not unrealistic – and he has not ruled out playing beyond 2014 himself.

Morley is one of a host of big-name arrivals at the club for next year, adding weight to Koukash’s claim that they can challenge the game’s big guns immediately.

The Red Devils captain has also backed Koukash’s outspoken approach, and believes he can have a big impact on the sport in the long-term.

“I know he’s created a bit of controversy, but he’s been a breath of fresh air for me.

“The game needs people like Marwan, not just to finance clubs but to honestly speak his mind.

“He has a passion for the game, and he has big visions – not just for Salford but for the game as a whole.

“He wants to see a number of changes to the game and has been talking to the governing body.

“He saved Salford from going into administration, and he’s here for the long haul, which is great.

“He’s a very successful businessmen and normally what Marwan wants, Marwan gets.

“He only turned his hand to horse racing a few years ago and now he’s the biggest owner of racehorses in the UK.

“He’s one of those guys who, when he puts his mind to it, usually achieves his goals.”

Morley has been the subject of one of Koukash’s most notable innovations – naming several of his horses after Salford players and coaches.

“It’s something different and it’s a big deal,” Morley said.

“It’s great that he’s in a position to be able to do that – not many people have racehorses named after them.

“It’s a real feather in the cap, and I know his aim is to have every squad member with a horse named after him.

“He’s still got a bit to go, but there’s Captain Morley, the Red Devil, Brian Noble, Rangi Chase and Glees the Devil.

“In the first race it (Captain Morley) didn’t do a great deal, but it’s from a good bloodline.

“They tell me that after races one and two we’ll start to see an improvement, and it’s a big honour to have anything named after you.

“Marwan is very well respected and thought of in the racing world, and we’ve been along with him a couple of times – it’s something the lads really enjoy.”

Asked what Salford can achieve in 2014, Morley said: “We finished bottom last year so anything better than that is an improvement.

“But I’ve got to say with the squad that we’ve assembled we should be up there.

“Marwan wants the top four, and I don’t think that’s out of the question or unrealistic.

“It might take a bit of time for the boys to gel – it’s virtually a new team and we’ll need to get used to the combinations.

“But there is real quality throughout the squad, and I can see Salford causing a few teams problems.

“I’m not going to start making specific predictions, but Salford can become one of the stronger sides and hopefully challenge the powerhouses of Super League.”

Morley has relished his time with the newly named Red Devils to date, after switching to his hometown club from Warrington.

Having also played at Leeds, Bradford and Sydney Roosters, he’s in a good position to assess their potential to challenge the sport’s biggest names.

“It’s been great meeting everybody,” he said.

“It’s virtually a new club in terms of the turnaround in players and coaching staff – it’s a blank canvas.

“I’ve enjoyed meeting my new teammates, and there’s a bit less travel time to work, which is always a good thing!

“I’ve been really impressed by the professionalism of the club, and even last week with the announcing of the Harrison Hansen signing, Marwan is continuing to show his ambitious.

“It’s a tremendous squad and they’re still on the look out for more quality players.

“The signing of Harrison shows we mean business, and there’s an air of expectancy around us.

“For me he emotional tie at Salford is absolutely huge.

“The squad that Marwan has assembled is fantastic, and I’m sure that other clubs are envious of the position we’re in.

“A change is as good as a rest, and this move has really reinvigorated me.

“It’s a great opportunity to play with some fantastic players.”
So much so that Morley hasn’t ruled out playing beyond the 2014 campaign.

“I haven’t got any preconceptions one way or the other,” he added.

“I had a couple of niggling injuries last season but they seem to have cleared up.

“At the moment I just want to get out there and play for my hometown club, and make a decision through the year.

“There will be a number of factors – if I’m enjoying playing and training and whether the coach wants me to carry on.

“I won’t have a gauge on that until halfway through the year – let’s get into 2014 and see how it goes.”