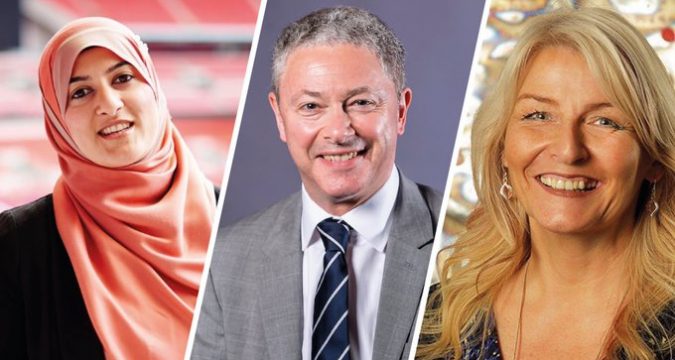 Simon Johnson has been appointed as the permanent Chair of the re-shaped RFL board.

Johnson was appointed as interim chair earlier this year but will now take on the role after several months in charge.

The appointments follow an Independent Board Evaluation commissioned in late 2018 which recommended an expansion of the RFL Board to be fit for the future.

Independent executive search specialists were appointed to steer a rigorous process which has involved representatives of all sections of the game – Super League, Championship / League One and the Community Game – in addition to Sport England.

The appointments will be presented for ratification to December’s meeting of the Rugby League Council.

Akhtar has over 18 years’ experience in the sports industry across the UK, Middle East and Asia, after a successful career in the City at leading global professional services firm Pricewaterhouse Coopers. In 2014, she became the first Muslim and Asian woman on the FA Council in addition to her role on the Inclusion Advisory Board at the FA, and in 2015 she was awarded an MBE for her contribution to equality and diversity in sport. She holds a portfolio of additional strategic and boardroom roles, including as an Independent Director of the Sports Ground Safety Authority, and Council member of the Institute of Chartered Accountants of Scotland. She was ranked 14th in the 2018 Forbes global list of the most powerful women in sport. She founded the leading global sport development consultancy, RimJhim Consulting; she was Chair of the Muslim Women’s Sport Foundation until December 2018; and co-founded the global Muslim Women in Sport Network.

Lindsay MBE is Chair of Tangerine, the specialist creative communications agency she founded in Manchester in 2002. In 2015 she was awarded the MBE for services to business and young people, and in the same year she was named North West Director of the Year by the Institute of Directors (and Highly Commended in the same awards nationally). That followed the launch in 2013 of The Juice Academy, the UK’s first industry-led social media apprenticeship which has created jobs for almost 350 young people in the North West. A champion of social mobility, Sandy chairs Skills Groups for the North West Business Leadership Team and the Institute of Directors, is on the Business Leadership Council of Teach First, Vice Chair of Forever Manchester and is a Non-Executive Director of Flock and Northcoders.

Johnson said: “I am thrilled and honoured to have been nominated to be Chair of the Rugby Football League. I am particularly proud to be able to lead a reshaped Board, with the right combination of continuity and experience, and a fresh and different approach. As recommended in the Independent Board Evaluation conducted earlier this year, we have added a new range of skills with our new NED appointments.

“The Board will look and feel different, bringing increased diversity of thinking and experience. The Board will be forward-thinking and will aim to be open and transparent, to promote a compelling narrative about Rugby League and be articulate in showing strategic leadership to the game and the public.”