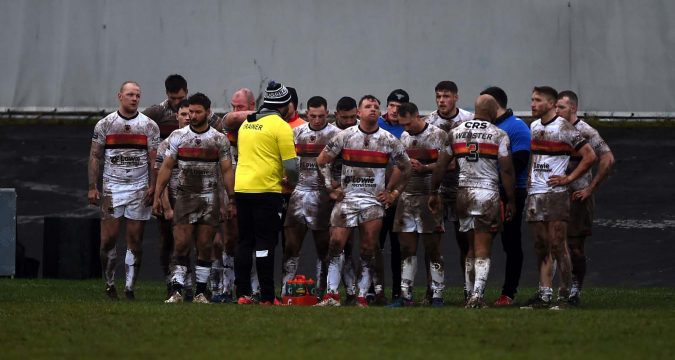 The prospect of whether an independent inquiry into the Rugby Football League and their dealings regarding Bradford will be sanctioned is set to be finally debated by clubs and the governing body later this month.

Last week, Championship and League 1 clubs met in Cumbria, and decided that was not the forum for a handful of clubs to air their grievances concerning the RFL, Bradford and whether the sport should sanction an inquiry.

Instead, the issue has been put back to later this month, specifically next week, when the RFL’s Council meeting is due to take place. That will see all professional clubs sit around the table to discuss the state of the game, including Super League teams.

Several top-flight clubs have privately expressed their concerns to League Express, and feel the RFL have questions to answer at Council.

Those questions will now at least be heard after it was decided the issue will be on the agenda at this month’s meeting.

That the RFL will actively decide to back an inquiry remains highly unlikely. Last week, Ralph Rimmer (CEO) and Karen Moorhouse (Director of Legal Affairs) launched a staunch defence of the governing body’s actions, claiming there was no reason to have an independent board of directors investigated.

“They’re there to make decisions which are non-conflicting in the best interests of the sport. The independent board is there to govern and if we have inquiries into them, where does it end? It could paralyse the sport completely.”