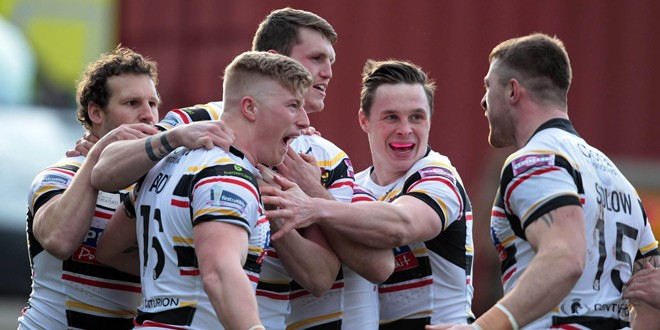 The Rugby Football League (RFL) have confirmed that Bradford Bulls have appealed their six-point penalty for entering administration in January.

In a statement, the game’s governing body said: “The RFL can confirm that Bradford Bulls have submitted an appeal against the points deduction handed down by the RFL Board of Directors as a penalty for entering into administration in January 2014.

“The appeal has been lodged on the grounds that the insolvency event arose solely as a result of force majeure, in that the club’s administration occurred in circumstances that were unforeseeable and unavoidable.”

The RFL explained that they will put together an independent panel that will be chaired by a qualified solicitor or barrister. There will also be a fully qualified insolvency practitioner involved, too.

The panel will be able to make one of the following three decisions:

The hearing will take place “as soon as possible”, but no date or time has been released.