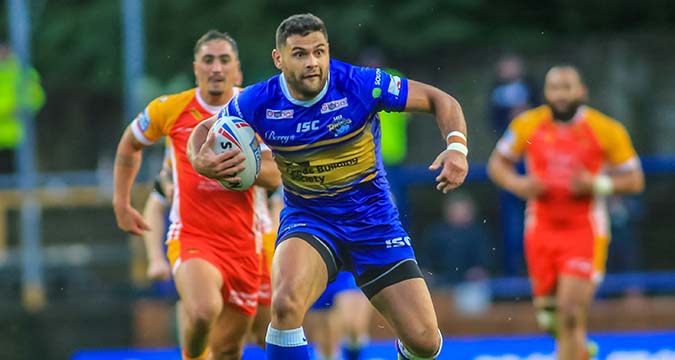 Quota rulings are set to be changed at Monday’s RFL board meeting.

It will see clubs still allowed to sign a total of seven foreign players, but it will adapt the interpretation that allows them to currently sign only five players from Australia and New Zealand.

As it stands, clubs are allowed five ‘overseas’ players and seven ‘non-federation trained’ players. An overseas player is someone who does not hold a European passport or is not a national from a Kolpak Nation (Fiji, Tonga, Samoa & Papua New Guinea).

Meanwhile, a non-federation trained player is a player who was not trained by an RLEF (Rugby League European Federation) member club for three years before the age of 21.

The ruling effectively means every overseas player is also a non-federation trained player, as, other than in exceptional circumstances, an Australian or New Zealander will have spent their youth with a club in their homeland. As a result, it leaves clubs in a position to then sign two further players who have a European passport or a Kolpak national to fill their final two non-federation spots.

However, the new ruling will simplify matters so clubs can now sign seven non-federation trained players without having to worry about their backgrounds or passports.

The proposal has been approved through regulatory meetings and should be signed off at today’s board meeting.

The change in the rules won’t make a great deal of difference to the majority of clubs, but one club that will be affected is Leeds Rhinos.

The Rhinos have spent months trying to finalise a Papua New Guinea passport for Rhyse Martin, which would have taken him off their overseas players’ list and allowed them to sign another NRL player, with them having been strongly linked with Parramatta’s Jay Field.

However, they no longer need to pursue that as the new rulings would see him classed as one of their seven overseas stars under the new rules.

Long-term, the only difference it will make to clubs is that they can now sign seven Australia or New Zealand players without having to worry about passports.