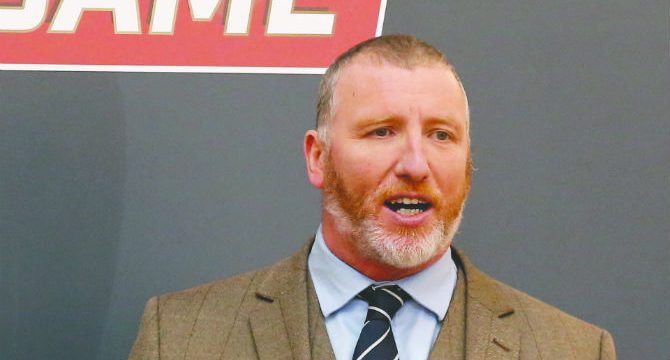 The Rugby Football League has issued a statement welcoming the government’s decision to exempt elite sport from the lockdown provisions that are due to be introduced for four weeks from this Thursday.

There had been fears in some quarters that the Super League season could be brought to a sudden end, particularly after a number of positive Covid tests at Super League clubs since coming out of lockdown.

But that fear has now receded, after Prime Minister Boris Johnson’s announcement of the new lockdown provision on Saturday.

But the exemption doesn’t apply to participation, meaning that the Community game, which had recently made a tentative return to action, will have to close down again.

But the RFL has also welcomed the extension of the furlough scheme through November, which will be a big help to clubs outside Super League.

“The RFL welcomes the Government confirmation that elite sport, including the Betfred Super League, can continue for the next month, and the one-month extension of the furlough scheme,” said the RFL’s statement.

“However we will be reinforcing the detailed work which has been submitted around the sport’s need for further financial support as a result of the enforced absence of spectators, and we are urgently seeking clarity from the relevant authorities on the implications for Community Rugby League – stressing to Government, in partnership with other team sports in particular, the potential long-term damage of restrictions on participation.”

Earlier this year the RFL received a loan of £16 million from the government, with around 80 per cent of that money now having been distributed to clubs and official bodies within the game.

But RFL Chief Executive Ralph Rimmer has made representations to the government for additional aid, both for Rugby League and, acting as an industry spokesman, for other sporting bodies.