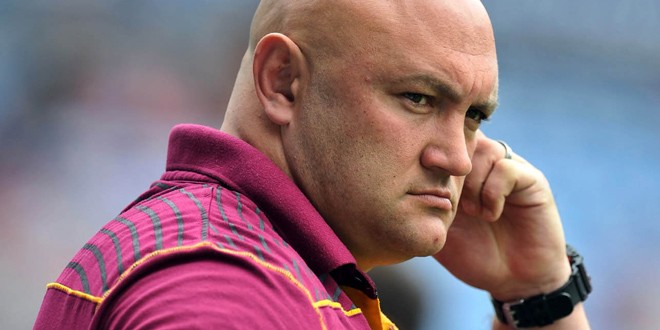 With their West Yorkshire derby tomorrow evening representing the first Super League action since the World Club Series, Leeds Rhinos and Huddersfield Giants will both be aiming to move towards an eventual spot in next year’s series with a win on Thursday.

And for Leeds boss Brian McDermott, participating in the World Club Series is something he’s definitely interested in, admitting he watched on with envious eyes on Saturday as Wigan locked horns with Brisbane.

“I definitely had that emotion when I was watching it,” McDermott said. “I watched Wigan on TV and went to the other two matches and was thinking ‘what if?’,” he said.

“I thought the whole concept was good. It was well attended and had the element of a big-game feel.”

As for Huddersfield, their third-placed finish in the league last year put them in a commanding position to take part in the series – but two straight losses in the play-offs ultimately cost them a spot.

And coach Paul Anderson believes that whilst it was disappointing to miss out this year, the club have to target getting into the World Club Series in the future.

“We weren’t far off, were we? It was in our own hands.

“It wasn’t something we spoke about at the time but it would have been good to play in them, good to try and get a decent crowd down to the John Smith’s Stadium.

“It wasn’t to be but it’s something we’ve got to make sure we’re involved in the future.”