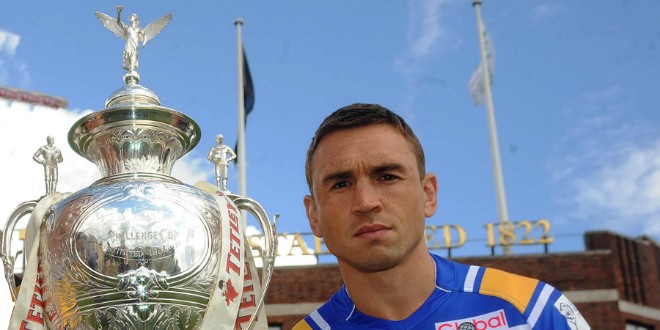 Leeds took the lead after three minutes when when Zak Hardaker stepped inside Luke Walsh to touch down after great work from Joel Moon.

Kevin Sinfield kicked the goal and added a penalty when Saints were caught offside.

And they went further ahead when a Rob Burrow break ended with Moon stepping inside Mark Percival to score, although Sinfield couldn’t add the conversion.

St Helens finally got onto the scoreboard three minutes before the interval, when Adam Quinlan supported an Alex Walmsley break to lay on a try for Percival, with Luke Walsh failing to add the conversion for a half-time score of 12-4 to the Rhinos.

And the Rhinos extended their lead to 14 points when Jamie Peacock scored early in the second half.

Saints fought back, however, when Andre Savelio and Percival scored two tries in five minutes, with Walsh converting the first, to reduce the margin to four points with 20 minutes remaining.

But their chances were almost extinguished when Kallum Watkins touched down a superbly contructed try on 67 minutes, with Sinfield adding a fourth goal.

St Helens were unable to claw their way back into the game and the Rhinos held on and will play at Wembley in four weeks’ time to defend the Challenge Cup trophy.