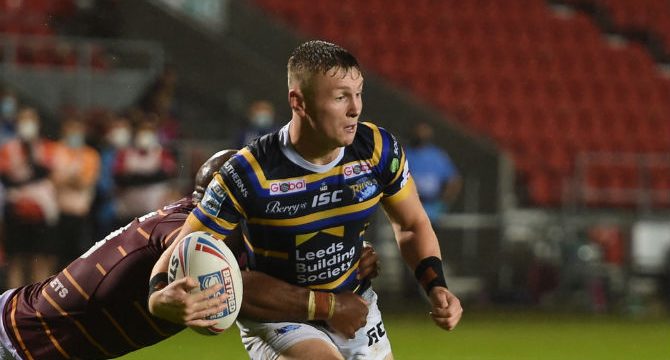 The centre suffered the injury in the first-half of the club’s win over Hull KR.

He was stretchered from the field and sent to hospital, with x-rays set to determine the extent of the injury.

“Tib and fib they think. There was a fear he’d broken his hip as well but they’re saying that’s settled down in the ambulance. I guess it will depend on the x-rays on how they operate and what the next step is, whether it needs pins or whether it’s a pot and will heal nicely. Estimates, you’ll appreciate it’s very difficult before specialists have seen it but it’s a three to six-month job.”

Newman has emerged as a key component of Leeds’ team since breaking into the first-team and took the number 3 shirt of former captain Kallum Watkins.

An England Academy international, the 20-year-old is one of Britain’s brightest talents.