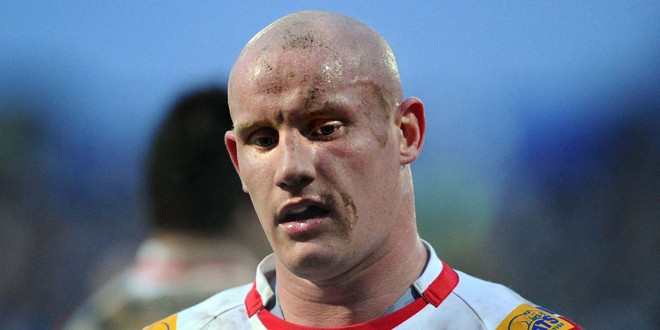 The 33-year-old, who is yet to make his second Wakefield Super League debut because of a hamstring injury, said it may take time but Sammut could become a vital part of their squad.

“I think Jarrod is a great capture,” he said.

“I was lucky enough to play with him at Crusaders and he does some special things for your team.”

Like the rest of his Wakefield team-mates, Sammut looked less than convincing in their home defeat to Bradford, but Moore says integrating into a new team takes time.

“Unfortunately he only had one session before the Bradford game,” he said.

“It takes most of the boys a few months to get used to all the calls and stuff like that so he probably didn’t know everything that was going on and the people around him might not know how Jarrod plays and obviously he doesn’t know how other people play.

“I would imagine it will take a few games to settle in and when he does he will be a real danger.”

Sammut was signed when news broke of Lee Smith’s return to rugby union. However, he isn’t a like-for-like replacement and Richard Agar might have to reshuffle his squad. In Thursday’s game, Sammut came on at stand-off, which pushed Paul Sykes – a utility back – to centre.

“I don’t know [if that’s the plan going forward], we haven’t spoke much about it, I don’t think it’s fair for me to say where I’d put him, I’m obviously not the coach.

“I know Sykesy went into the centre and Jarrod came on at six but I don’t know if that’s how it’s going to go. It would be hard to comment on that.”