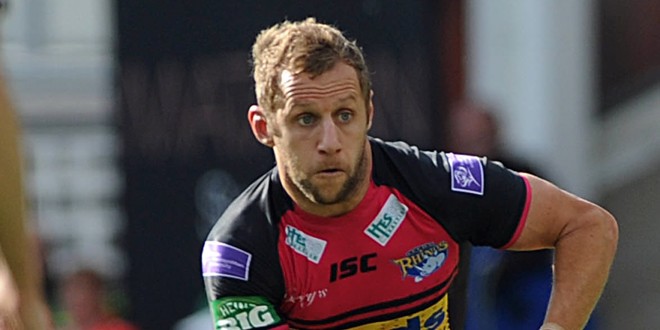 Leeds Rhinos scrum-half Rob Burrow says he and his team-mates are more determined than ever to win some silverware this season.

The West Yorkshire club had only their second trophy-less campaign in seven years in 2013. Burrow says it has ignited a hunger in all of them.

“We’re more determined than ever,” said the England and Great Britain international.

“Of course we are disappointed not to get any silverware, so we want to get involved in the finals and play well and we want to win a trophy.”

Burrow believes the way Leeds have recruited – going for quality over quantity – is a clever ploy.

“The new signings are great,” he said.

“Tom Briscoe, an international winger, fantastic. He’s always been a threat against us.

“It’s nice to have a proper hooker in Paul Aiton coming in, too, who’s been a handful every time we’ve played at Wakefield.

“And obviously Andy Yates, who’s come from Hunslet and done really well for himself, I’m looking forward to watching him play.”

On a personal note, Burrow expects to adopt a similar role in the squad as he did last season.

“I prefer playing 7 without doubt, but I don’t mind doing either if I’m honest.”

The 31-year-old also spoke about the RFL’s recent league restructure and was excited about some of its prospects.

“I think the 12 teams and relegation is the right way to go,” he said.

“I played all my amateur rugby at Featherstone and I’m a big believer that a club like that needs to be in Super League, they’re doing everything right so they have an opportunity now.

“I think it makes it exciting at the bottom as well as the top, though I don’t understand the 8s bit.”