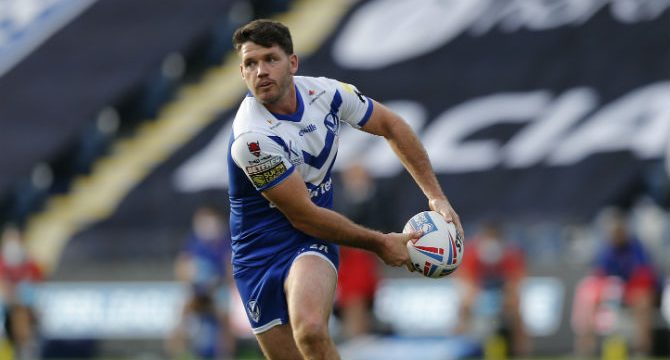 Hull Kingston Rovers have confirmed the signing of St Helens full-back Lachlan Coote on a two-year deal from 2022. A move first reported by www.totalrl.com last week.

The two-time Grand Final winner was attracted to the East Coast after encouraging conversations with head coach Tony Smith, centred around Smith’s vision and approach to player management.

“I was having some great chats with Tony on what Hull KR are all about, and what they have in place really appealed to me,” said Coote.

“I’m really big on having that player-coach relationship. Tony was big on it as well, making sure that we could work with each other. I’m really excited for the challenge too, a new start and a move to the other side of the country.

“To move on to Hull KR is exciting. I think the club itself is heading in the right direction. I’m really excited to get across there and see what the City and the fans are all about.

“I know you guys have got a good backing with the fans, so I’m really excited to get out in front of them.”

Smith added: “He’s a good lad. He has plenty of experience and he is ready for a change, and I think we’ll be a good fit for him.

“As we have seen with form since he arrived in the UK, he’s proven to be one of the most consistent performers in Super League.

“He is still a top-class Super League player, and he brings a professional mentality. Winners have a good professional attitude to their job. He’s been really keen to join us and add to what has already been a very successful career.

“Some of the ways that made a player like Lachlan consider us is the way that we are performing on the field. It’s made some people stand up and watch us in different ways.

“We’ve changed the calibre of targets that we have been after, and we have been fortunate to get someone of Lachlan’s quality to join a group of people that are working really hard at the moment to be more and more successful.”