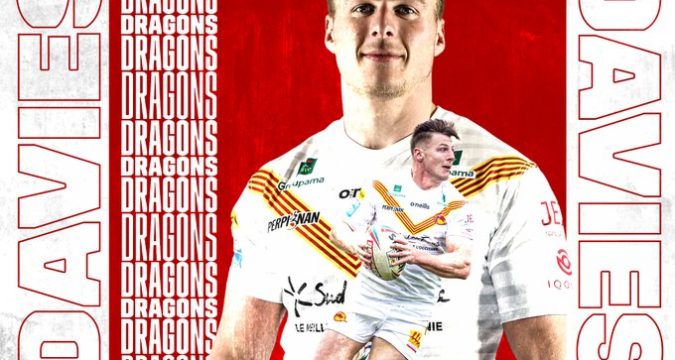 The England International has put pen to paper on a contract extension that will secure his future at the Gilbert Brutus Stadium until the end of the 2024 season.

Having progressed through the Wigan Youth Development System, Davies won the Super League Grand Final in 2018 with the Warriors. But a horrendous ankle injury he suffered in April 2019 sidelined him for 16 months. He made his return last year with the Dragons, however, shining alongide his then centre partner Israel Folau and he quickly became one of the best winger of the competition, earning his first England cap last month.

Davies has now scored 21 tries in 20 games with the Dragons.

“I’m very happy to extend my time here at the Dragons,” he said.

“I love it here at the club and as a region. I’m very lucky to be surrounded by a load of not only great team-mates but great friends as well and a great coaching staff too. It’s a group I’m proud to be a part of and I hope I can help deliver success on the field in my time here.

“Tom has been outstanding for our team and club since he joined. His energy, desire and commitment are second to none. We look forward to seeing him fulfil his potential even more in the next three years,” he said.