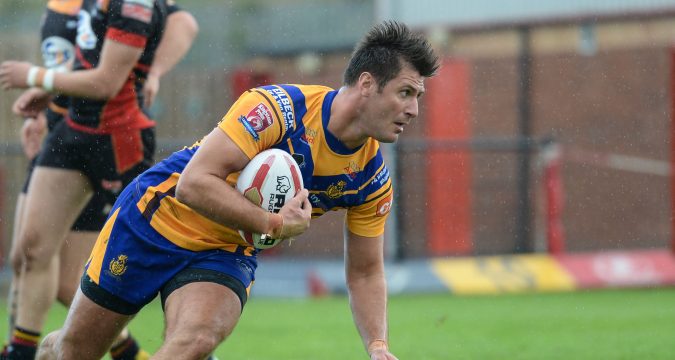 Rochdale Hornets have completed the signing of experienced backrower Dave Allen, as anticipated in League Express two weeks ago.

Allen signed with Haven for the 2017 season after having been Player of the Year for the club in 2016, but his campaign was wrecked by an ankle injury.

After representing Wigan Warriors and Widnes Vikings in the top flight, the forward made the move to Whitehaven before injury cut short his spell with the Cumbrian outfit.

“I spoke to Gary Middlehurst and he asked me if I fancied it,” Allen explained.

“I had a bit of a bad year last year through injury and I didn’t end up playing at Whitehaven.

“I was going to call it a day then Gary asked me to have a chat with Rochdale and it all snowballed from there really.

“I like Alan’s approach to the game and how he likes to play.

“With the facilities, the club has got too, it looked like a good opportunity for me.

“I was thinking about calling it a day but because I didn’t play last year I have really missed my rugby.

“Signing for Rochdale has given me a new lease of life and I can’t wait to get going.

“Seeing the set-up Rochdale have at Padgate it’s brilliant with the indoor pitch and a gym all on one site.

“I have been around and I have a lot of experience under my belt which I can bring to the team.”