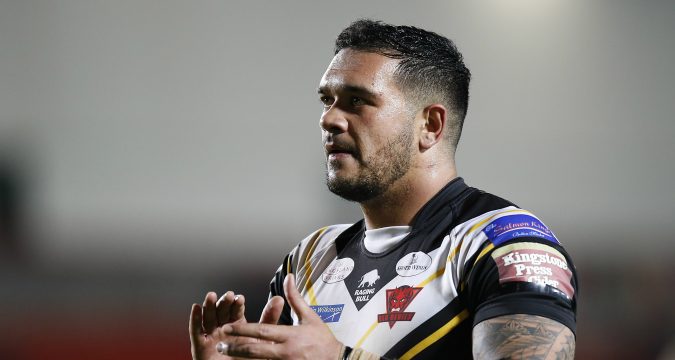 Hull KR have been linked with a shock move for Salford star Ben Murdoch-Masila.

According to the Hull Daily Mail, the Red Devils back-rower has been identified as a key part of Tim Sheens’ recruitment strategy ahead of their return to Super League next year.

The 26-year-old was linked with a move to the Robins last year before they were ultimately relegated, ending any possibility of a move.

However, Sheens is now keen to reignite a move for Murdoch-Masila, having initially lured him to Super League during his time as Salford’s director of rugby.

Sheens has a long association with Salford’s prize asset. The 66-year-old gave the Tongan international his professional debut during their time together at Wests Tigers in 2010 before reuniting with him at the AJ Bell Stadium in 2016.

He enjoyed his best year to date in 2017, with his performances earning him selection in the Super League Dream Team.

Salford would likely demand a fee for their star performer, who only signed a new three-year deal earlier this year. But following Marwan Koukash’s announcement that he will step away at the Red Devils, an offer may prove too good to turn down.