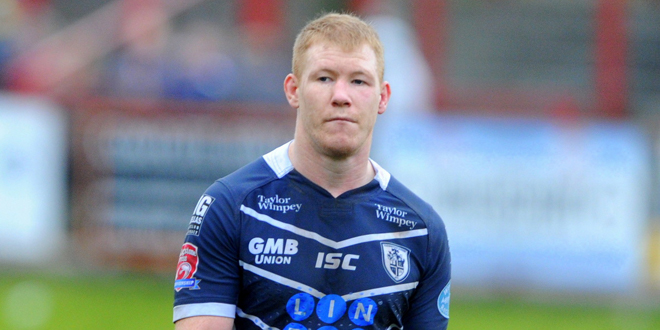 Featherstone Rovers captain Ian Hardman has extended his stay with the club until the end of the next season, after signing a new one-year contract.

The 31-year-old joined Featherstone in 2009 from St Helens, and has since become a fixture in the side, making his 250th appearance for the club in last Friday’s 58-0 Challenge Cup quarter-final defeat to Leeds Rhinos.

Jon Sharp’s side currently lie in the fourth berth in the Kingstone Press Championship, with Halifax just one point behind them in fifth, but having played one more game than Featherstone. Hardman was delighted to have penned a new contract, but insists the focus is on holding on to their place in the top four.

“This is a great club to be a part of and I am delighted to have signed an extension to stay here, as I think we are building a really promising squad,” said Hardman.

“It has been a real privilege to lead the team this season and I hope to be leading us in an exciting Qualifiers campaign in August. We are fighting for our place in the top four, while striving to make it back into the top two.

“This is a club with ambition and I want to be a part of what the future holds, as long as my body can take it. I feel fit and am working hard to keep my form up, so as long as that remains the case then I am happy to be doing what I am doing.

“The squad-building process for next season is obviously well underway and to go alongside some of the other boys who have extended their contracts here is massive for me.

“If we can keep on strengthening and performing on the field – when it matters most – there is no reason why we cannot have a great end to this season and a fantastic one next year too.”