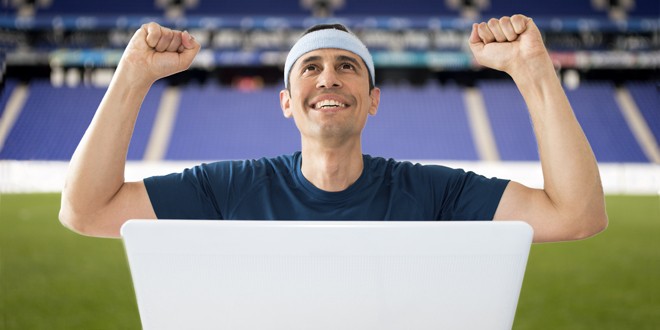 What a fantastic result we had last week, with both our recommended bets coming off at 6/1 and 2.6/1. I’m hoping to replicate last week’s success in the Challenge Cup today, here’s my guide on how to beat the bookie.

Wigan Warriors v Hunslet Hawks
Handicap: Wigan -64
This is my favourite bet of the weekend as, while 64 points is a huge start, I just don’t see how Hunslet will stay inside it.
Don’t get me wrong, Hunslet are a strong team and coach Barry Eaton is doing a great job. They currently sit top of the Championship One and knocked out higher league opponents in the last round when they disposed of Workington. They have some experienced players with the likes of David March and I’m sure they will be hoping to do themselves justice with a big performance.
Wigan may well rest a few players, but I just can’t see Hunslet stopping them. Wigan scored 84 points last week against Bradford and it could be a similar story here. Hunslet won’t have played a game of Super League intensity this season and that could mean their energy levels run low in the last quarter of this game. Wigan can score enough points to more than cover the handicap in this game, if you ask me.
Verdict: Wigan to win and cover the handicap

Castleford Tigers v Sheffield Eagles
Handicap: Castleford -40
This is an interesting game as 40 points looks to be a very fair handicap. Sheffield have struggled slightly in the Championship this year, while Castleford are flying high in Super League.
Sheffield obviously have a great history in the Challenge Cup and they produced one of the biggest shocks in the competition’s history when they beat Wigan in the 1998 Cup Final. Their coach Mark Aston has said that his side are looking forward to playing on the big stage and that they will enjoy the atmosphere. They do have a few injury problems at the moment but have a couple returning for today’s game.
As for Castleford, they have been nothing short of brilliant so far in Super League this season. They dismantled Warrington on Easter Monday and they will be full of confidence heading into today’s game. I think they could blow Sheffield away early and then the key question will be if they continue to play for the full 80 minutes.
Castleford have named a strong team for this clash and they are clearly taking Sheffield very seriously. I think they can score enough points to win and cover.
Verdict: Castleford to win and cover the handicap

Salford Red Devils v Widnes Vikings
Handicap: Salford -8
An all Super League tie this one, and I think home advantage is key here.
Widnes have been going well in Super League this season but they are a different team on their travels. They will be full of confidence after thrashing St Helens on Easter Monday but they will face a real test at Salford. The Red Devils have struggled for consistency so far this season and that is understandable given the amount of new faces that arrived in the off season. They were always going to take a while to gel and there are signs that they are beginning to improve. They have a number of ‘big game’ players and I think they will be really targeting the cup competition this year. With Rangi Chase pulling the strings, I’m backing Salford to win this game.
Verdict: Salford to win and cover

If I were you…
I’d have a double on Wigan and Castleford with their handicaps, which pays a nice 2.64/1

If you’re looking for bigger odds…
Add Salford with the handicap into the above double to make it a treble. It pays nearly 6/1

Three other games are taking place this afternoon, but I think these are a little harder to call. Here are my verdicts:

Bradford (+14) v Catalan
Bradford will be looking for a response after being humiliated against Wigan last time out but I think Catalan will be too strong.
Verdict: Catalan to win and cover the handicap

Leigh (-6) v Featherstone
The top two in the Championship meet in this one but I think that unbeaten Leigh can continue their good form.
Verdict: Leigh to win and cover

Warrington (-50) v Doncaster
Doncaster have started well in the Championship while Warrington have struggled so far. Fifty points is a big start and I think it could be too much.
Verdict: Doncaster with the handicap