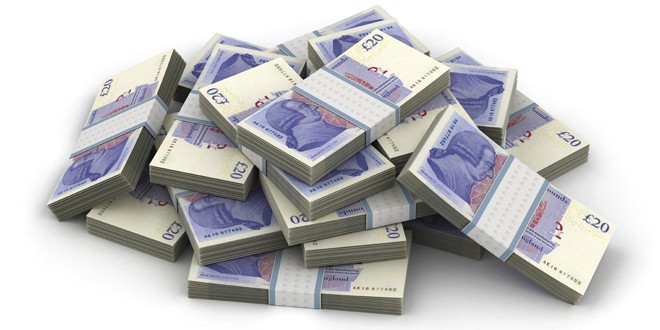 St Helens V Leeds Rhinos
Handicap: St Helens +6
Tonight’s televised game sees the top two in Super League go head to head at Langtree Park. Both teams are defending unbeaten starts with Saints having won all six of their games so far, and Leeds with five wins and a draw.
According to the stats, St Helens have the best attack in the league, while Leeds have the best defence, so we are in for a fascinating clash.
The key factor in this game could be who doesn’t play for St Helens. Already without influential playmaker Luke Walsh, last week both Kyle Amor and Jon Wilkin picked up suspensions. The loss of Wilkin is offset by the fact that Lance Hohaia should shake off a knee injury in time to play, so he will be able to slot in at half back. However, the loss of Amor is huge. Leeds have an excellent pack and the Saints really could have done with Amor’s physicality upfront.
All that said, write off St Helens at your peril. Coach Nathan Brown said: “We have confidence in the squad; they found a way to win at the weekend and we are confident we have a good shot whatever side we put out.”
Leeds have no such problems and Brian McDermott has almost a fully-fit squad to select from. He also has the added luxury of recalling Kevin Sinfield, Jamie Peacock and Tom Briscoe who were all rested for last week’s win against London. Leeds should be fresh coming into this game and they have had two days of extra preparation.
It’s a shame that both teams aren’t full strength for this one but I do think the bookies are missing something here. Passion and effort can only get you so far and Leeds should prove far too strong tonight. I think they can easily win and cover the six point start.
Verdict: Leeds to win and cover the handicap

Hull FC V Salford Red Devils
Handicap: Hull -4
I cannot believe that Hull are favourites to win this game. While both sides have been inconsistent at the start of the season, Salford looked to have turned a corner last week when ending Castleford’s unbeaten start. Hull meanwhile, lost 0-7 at home to Widnes.
Hull’s coach Lee Radford was clearly very angry last week and ripped into his players. He will be demanding a big response today but I’m not sure they will be able to provide it. They look a little weak in the forwards at the moment and I’m sure that is a contributing factor to the large number of penalties they seem to be conceding. The added loss of Gareth Ellis is a huge blow. That said, Hull are dangerous at home and if they start brightly and get the crowd behind them, they become tough to beat.
Salford will be full of confidence after a great victory and performance last time out. One player doesn’t make a team, but it’s not a coincidence that Salford’s best performance of the season coincided with the return of Rangi Chase at halfback. He is a huge player for Salford and needs to stay fit. If Salford’s forwards can win the battle in the middle of the park, then I fancy Chase to create plenty of scoring opportunities.
I think Salford will win this game outright, but receiving a 4 point start I’m definitely keen to side with them.
Verdict: Salford to win

Wigan Warriors V Catalan Dragons
Handicap: Wigan -20
This is a tough game with the 20 point handicap, which could prove either too big or too small depending on which Catalan side turns up. The French outfit were in terrible form in the first five weeks of this season, but then turned in a fantastic performance to shock Huddersfield. If they play like that again then they will provide Wigan with a very stern test.
I always said that Catalan were not a side who should be fighting relegation and the number of injuries they had early in the season was tough for them. At one stage they had no less than 12 players unavailable. That would hurt any team. They have players returning all the time but then last week they lost both Jason Baitieri and Elliot Whitehead. Catalan played with a lot of passion and energy last week and Huddersfield coach Paul Anderson admitted ‘we were out enthused in a lot of areas tonight’. I just worry that away from home the Dragons may not be able to find such a high intensity performance.
As for Wigan, they started the season slowly but since their World Club Challenge defeat their form has picked up considerably. Their young pack had been questioned, but they emphatically answered all critics last week with a strong performance in tough conditions at Warrington. They will need to step up again tonight against a Catalan side that is always physical. If they do that, then Wigan go a long way to winning this game.
While Catalan produced a shock last week, I can’t see them doing the same tonight. They are a different team when playing in the South of France and I think they will struggle tonight back in England. Wigan can score enough points to cover the handicap and really kick start their season.
Verdict: Wigan to win and cover

Article by John Anderson of Rugby League Bet. Visit his Facebook page and follow him on Twitter. Want more Rugby League news and features? Subscribe to the online version of League Express newspaper and Rugby League World magazine. You can also connect with Total Rugby League on the social media platform of your choice.