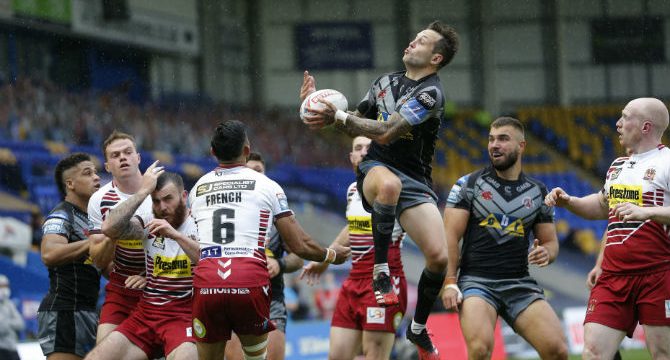 Rugby League has received a £12 million ‘Survival Package’ from the Government to help aid the sport during the Covid-19 pandemic.

The financial boost is a second loan the sport has received since the pandemic, having become the first sport to receive a loan from the government earlier in the year to the tune of £16 million.

It is part of £300 million support package issued by the government, which has seen rugby union receive £135 million.

Ralph Rimmer, the Chief Executive of the RFL, said: “We are grateful to Government for recognising the importance of sport in general, and Rugby League in particular, to society and the economy, and for understanding the impact of the continuing absence of spectators.

“The Government showed in granting Rugby League an initial £16m loan in the spring that they valued the significant social impact of the sport in often disadvantaged communities.

“The RFL and our clubs followed a rigorous process in the distribution of those loans, which have now been allocated to all 10 of the UK-based Super League clubs as well as a number in Championship and League 1, and have been invaluable in allowing them to meet the continued challenges of 2020.

“The response of the players, the clubs and the sport’s partners this year has been remarkable. We have enjoyed a wonderful Coral Challenge Cup Final and we now look forward to the Betfred Super League semi-finals and Grand Final.

“The extended loan facility is extremely welcome as we plan for a strong 2021 and the return of all our competitions – culminating in hosting three World Cups (Men, Women and Wheelchair) next October and November.

“Rugby League would rather earn every pound than borrow one. Therefore, we now need a clear roadmap on the phased return of spectators, with the resumption of the sports pilot programme and the plans to safely introduce at first limited then larger crowds.”